We invite you to join us at the Center for Women’s History at the New York Historical Society, 170 Central Park West at Richard Gilder Way (77th Street), New York, NY 10024 for a special visit and guided tour of: 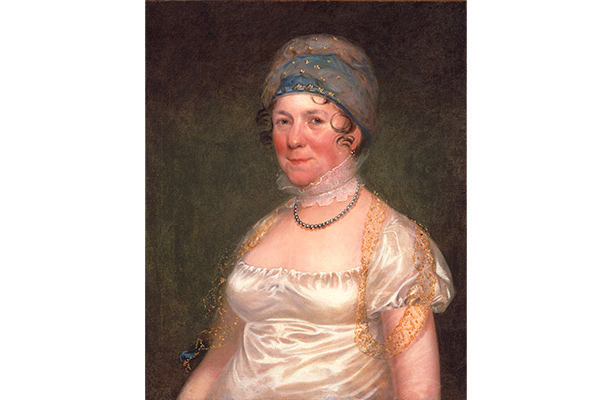 First Lady Dolley Madison is often remembered as a hostess who saved the White House portrait of George Washington from British vandalism during the War of 1812.  But in fact, she was the most influential woman in America during the nation’s formative years—a national, almost mythic figure. The unheard stories come to life on this fascinating tour of artworks, books, documents, clothing, jewelry, and housewares related to the life of Dolley Madison. Experience what it is like to take part in a “Wednesday night squeezes,” her popular social gatherings that drew a wide range of people to “squeeze” into the President’s mansion and encouraged informal diplomacy.

The New York Historical Society’s fourth floor has recently reopened as the Center for Women’s History, a cutting-edge museum and scholarship hub. This landmark initiative is the country’s first permanent, public exhibition and educational center dedicated to women’s history. It highlights the significance of women’s history to the study of the American past and demonstrate how women across the spectrum of race, class, and culture exercised power and brought about change even before they could access the ballot box. Guided by a committee of distinguished historians and informed by the latest research, the Center combines permanent installations, temporary exhibitions, and a vibrant program of talks and debates to enrich the cultural landscape of New York City.

For more information, go to https://www.nytimes.com/2017/03/14/arts/design/history-of-women-in-america-museum-exhibit-new-york.html.