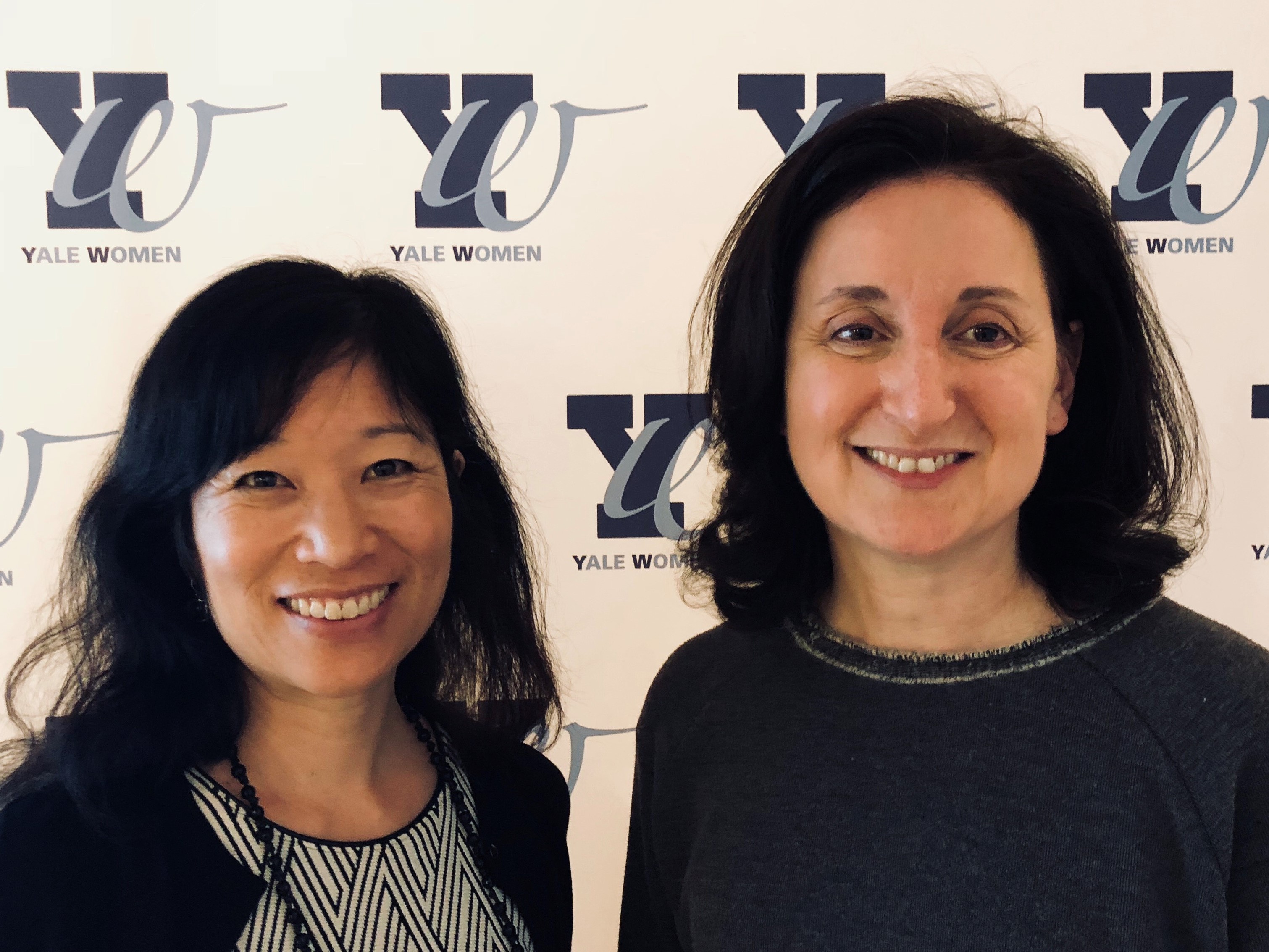 On May 18th, YaleWomen hosted its 6th webinar, this one entitled "Gendered Language and Blocking Bias in the Workplace."  Participants wrote in that the webinar inspired them to take action such as reviewing hiring practices; educating others to pay attention to their biases; being mindful of how women are evaluated; elevating female colleagues; re-examining job descriptions for gendered language; introducing women powerfully with results-driven language; and supporting concrete measures to address workplace bias.

The webinar was produced by Ursula Burton ’88 and Jennifer DeVore ’87, both of whom are members of the YaleWomen Council. Beth Axelrod ’89 MPPM, YaleWomen Vice Chair and Vice President of Employee Experience at Airbnb, moderated the conversation, which featured Lori Nishiura Mackenzie, Executive Director of Stanford University’s Clayman Institute for Gender Research and co-founder of the new Stanford Center for Women’s Leadership. Axelrod and Mackenzie participated in the webinar live from the Airbnb offices in San Francisco. More than 500 female and male undergraduates, graduate students, alums, family, and friends from all over the world registered for the event, and many submitted questions throughout the webinar.

Part of the inspiration for the conversation, Axelrod explained, came from the questions that YaleWomen’s leadership was asking about the way gendered language was used to recognize the accomplishments of women. Gendered language alters girls’ and young women’s career aspirations, as we tend to associate leadership with typically male behavior. Sometimes, gender stereotypes unintentionally influence the words we choose. Through engaging discussion and an informative question-and-answer format, this webinar successfully examined how language and word choices shape perception and, ultimately, success.

Mackenzie integrated fascinating scientific research studies into her discussion of language shaping perception. “We make these gender associations in a millisecond,” she said, associations which vary when the same word is spoken by a man or by a woman. In the context of communication with children, Mackenzie said that girls are spoken to with a fixed mindset, whereas young boys receive messages aligned with a growth mindset. “From a very young age, we’re not schooling [girls] in the mechanism of problem-solving,” she explained.

Furthermore, Mackenzie highlighted the disparity between what we value and our perceptions. “The stereotype of men aligns with agency, but the stereotype of women aligns with communal language, the language of ‘we’,” she said. “Automatically, it’s easier for men to be perceived as leaders, even if they aren’t necessarily more agentic.” Mackenzie’s work examines the performance descriptions of men and women: women receive vague feedback and communal language in these reviews, whereas men receive clear, actionable, and specific feedback.

If you were unable to participate in this rich and thought-provoking conversation, we encourage you to tune into the webinar recording on YouTube here.