Saloni Rao ’20 is president of the Yale College Council this academic year, the first woman in a decade to helm the undergraduate student government. While the YCC has been around since 1972, only a few women have served as president. The last female YCC president was Rebecca Taber ’08, who is on the YCC Board of Trustees and who recently founded an educational nonprofit, Merit America. 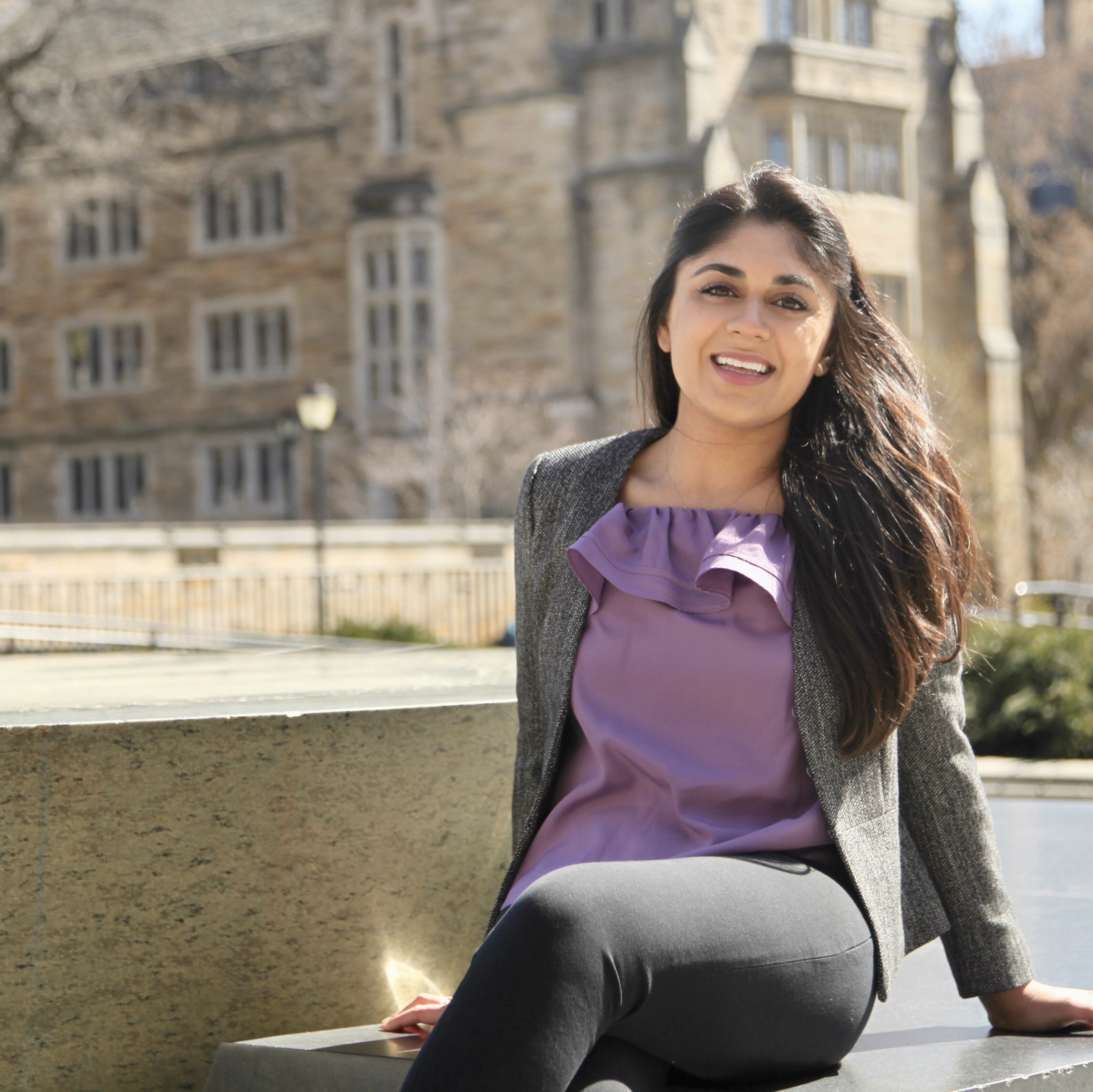 What motivated you to run for YCC president?

I’ve been involved with the YCC since I stepped foot on campus my first year, and I saw that a lot of things about both Yale and the YCC organization could be better. Running for YCC president, to me, was the best way I could realize this potential for change.

What was the most challenging part of your campaign?
It was a massive personal challenge. On the Thursday when voting officially opened, I must have cried about fifteen times; I’d say campaigning was the worst week of my life. It’s a lot of stress, managing a campaign and the people running it, and I knew it was part of what I was signing up for, but I was not fully prepared for how personal the election would get. When you run on a campus-wide platform, you open yourself to all kinds of criticism, whether it’s about the way you look or something else. To most people on campus during the election, you’re seen as a figure running for a position, not a student or a fellow Yalie. Of course, since then, it’s been more than worth it.

What is the most gratifying part of your role in the YCC?
When we make changes or advocate for change as a Council, students recognize that their voices can be heard. Often, they feel that speaking up for change on campus falls on deaf ears and that there’s no real channel for change. We want to make the YCC more accessible this year. We want students to realize that speaking to a YCC representative about something leads to real change on campus. For example, someone reached out to me over the summer about the fact that people don’t really know how to use Excel in the workplace during their summer internships and asked if we could have a workshop to teach these skills. Now, we’re getting Excel workshops in the spring for anyone interested in strengthening that skill. It’s gratifying to show students that they can ask for something and we can do our best to get it done. Still, there are a few things within our purview and it’s up to students to speak up: progress is a two-way street.

On a more personal note, it’s been important for me to be a mentor to younger students. The responsibility that older students take to help younger students – something that attracted me to Yale in the first place – is one I’ve taken personally by being a mentor to younger women. Part of why a lot of women don’t run for YCC president is because they don’t see people like themselves in those roles. While I can’t put my finger on it, there’s an internal YCC culture that is prohibitive to women running for these positions in many ways. To address this, we’re planning internal YCC women events to gear up more women to run for these roles in the spring.

Briefly describe your main goals and campaign initiatives for your year as president.
YCC Vice President Heidi Dong and I – we both served on the executive board last year – ran on a three-pronged platform.

First, the YCC was not seen as a voice for students, it was just seen as the YCC that wasn’t really representative of the Yale student body. Our campaign featured extensive YCC internal reform, including turning one governing body into two, much like the US legal system, with a senate and a council of representatives. Our senate will work on policy change and consist of two representatives from each residential college, and our council will convene student group leaders so that all students at Yale feel represented. Currently, the YCC is missing athletes and students of color, so this aims to bring together different perspectives from across Yale.

The two other big items are sexual assault reporting and mental health resources, which are extremely complex issues and therefore haven’t been tackled in the past. In addition, we want to take action on financial aid changes, and are working on a number of one-off projects.

What are some changes to Yale student life that the YCC has enacted recently?
We’re working with the Yale Dems and some other groups to increase voter registration among Yale students for the upcoming midterm election by securing funding for Turbogo, a software that auto-registers university students for voting. We’ve also partnered with different offices, including the Office of Career Services, to bring a few different workshops to campus in the late fall and spring geared towards career and postgraduate opportunities, as well as pre-law resources and first-year specific courses.

What is something most people don't understand about the YCC? Is there a common misconception you'd like to clear up about your role?
A common misconception is that the YCC doesn’t really function for students and has a hard time making actionable changes. While this is true in certain areas, I think if students buy into the mission of the YCC and believe in what we’re capable of, there will be real synergistic change on campus. Furthermore, the YCC is seen as a more legitimate body in the administration’s eyes if the student body participates and contributes to our initiatives. Increasing the legitimacy of the YCC through student participation ultimately increases our potential to make improvements.

What do you believe is the most problematic thing about the Yale undergraduate experience that needs fixing?
On the surface it seems like all students have an equal opportunity to succeed at Yale, a mentality that Yale markets to prospective students. It’s not true: the university needs to do a better job to help everyone get on a level playing field.

What legacy do you hope to leave behind as the YCC's first female president since Rebecca Taber ’08?

I hope to leave behind a legacy of the YCC being perceived as a legitimate organization. On a more personal front, I want to champion the notion that a woman can take on this position of high leadership – in the YCC but also in any organization inside or outside of Yale – and do just as good a job as anyone who came before her, if not better.