Ellen Fox ’81 had an idea. She wanted to create a forum or activity that would enable intellectually curious people to cut through superficial small talk to a deeper level of dialogue and relationship-building. Inspired by Enlightenment Salons of the 18th century, Ellen – with the help of her friend Lynn Borton ’83 – developed a unique model that includes short readings and a structured interactive group process designed for each topic. Ellen, who is also a Harvard Medical School grad, proposed the Salon series as a joint venture between the Alumni Network of Harvard Women and YaleWomen.

The inaugural salon – the theme of which was “Why Women Bully Other Women” – was held in September at Ellen’s home. The event was so successful (registrations sold out in hours!) that Ellen worked with chapter heads Juliet Drake ’86 and Sara Romeyn ’91 to add a second Salon that followed the same “script” as the original Salon at Ellen’s house, but took place simultaneously at another Yale (or Harvard) alum’s home in the DC area. The topics of the Salons held in November and December were “Authenticity” and “Are You Lucky?”  The Salons clearly have struck a chord with alums! 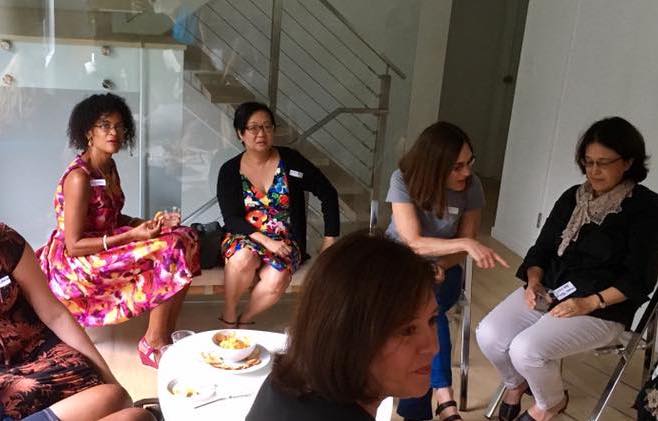 If you are interested in starting your own Salon series based on the Harvard/YaleWomen’s Salon model (spoiler alert: the theme for the January Salon will be “Mansplaining”) contact [email protected]. For more information about other YaleWomen DC events, contact the chapter heads at [email protected] and check the calendar on the YaleWomen website.