On Tuesday, October 22nd, YaleWomen DC hosted Patti Russo, Executive Director of the Women's Campaign School at Yale. WCS is a non-partisan, issue-neutral leadership program with a mission to increase the number and influence of women in elected and appointed offices in the United States and around the globe. Ms. Russo was interviewed by Eleanor LeCain ’73, a founding member of YaleWomen and the founder of YaleWomen DC. Ms. LeCain has a long history of involvement with political campaigns. The event drew about 25 women and was held at Vital Voices, a DC-based organization that seeks to build female leaders globally. Ms. Russo spoke about WCS’s history and the formidable impact the organization has had in inspiring and training women to lead since its founding more than 20 years ago. Several WCS alums in the audience  shared their own experiences of the transformative nature of the week-long summer program. By the end of the evening, many attendees were inspired to investigate the WCS further and were considering attending WCS’ one-day intensive training (The Basics) or its week-long summer training session. 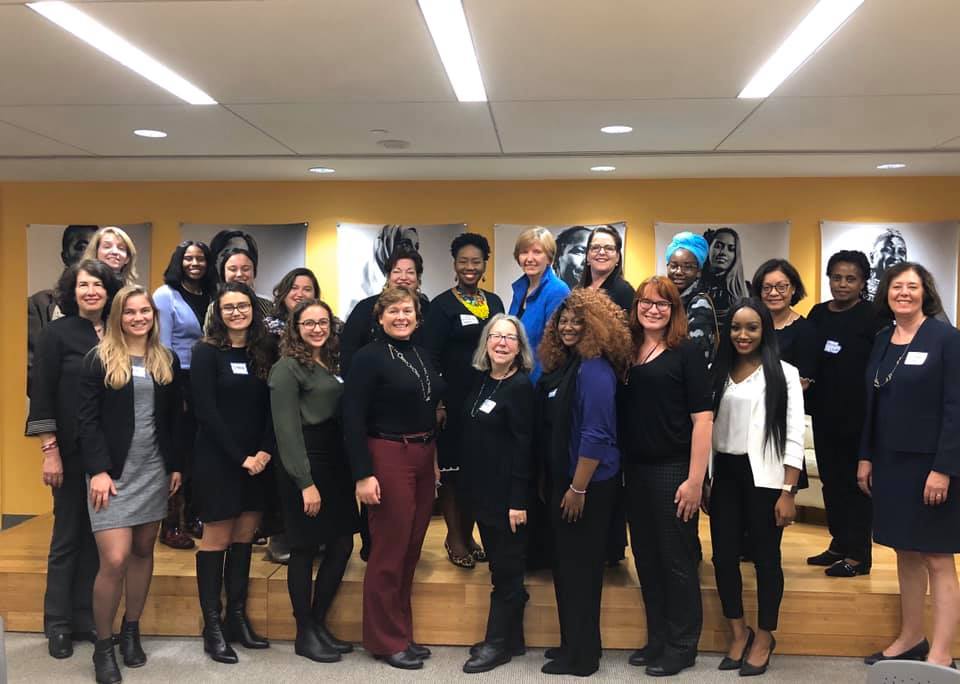