In early April, YaleWomen Connecticut hosted one of its signature events, Curiosity & Conversation. The three alums leading us in a conversation about homelessness in Connecticut were from the Schools of Management, Nursing, and Public Health: Madeline Ravich ’09 MBA (Development Advisor and Director of the be homeful project of the Connecticut Coalition to End Homelessness); Katherine McCormack ’81 MPH, RN, MEP (former Director of Emergency Management and Director of Health for the City of Hartford); and Linda Schwartz ’84 MSN and ’98 DrPH (former Commissioner of Veteran Affairs for the State of Connecticut and Assistant Secretary for Policy and Planning for the US Department of Veterans Affairs). Building capacity through collaboration with alumni offices and alumni associations of the presenters’ schools, as well as the Divinity School, YANA/New England, and the Yale Club of Hartford, it was standing room only. For nearly half of the attendees, this was the first YaleWomen event they had attended. To learn more, contact the chapter at [email protected]. 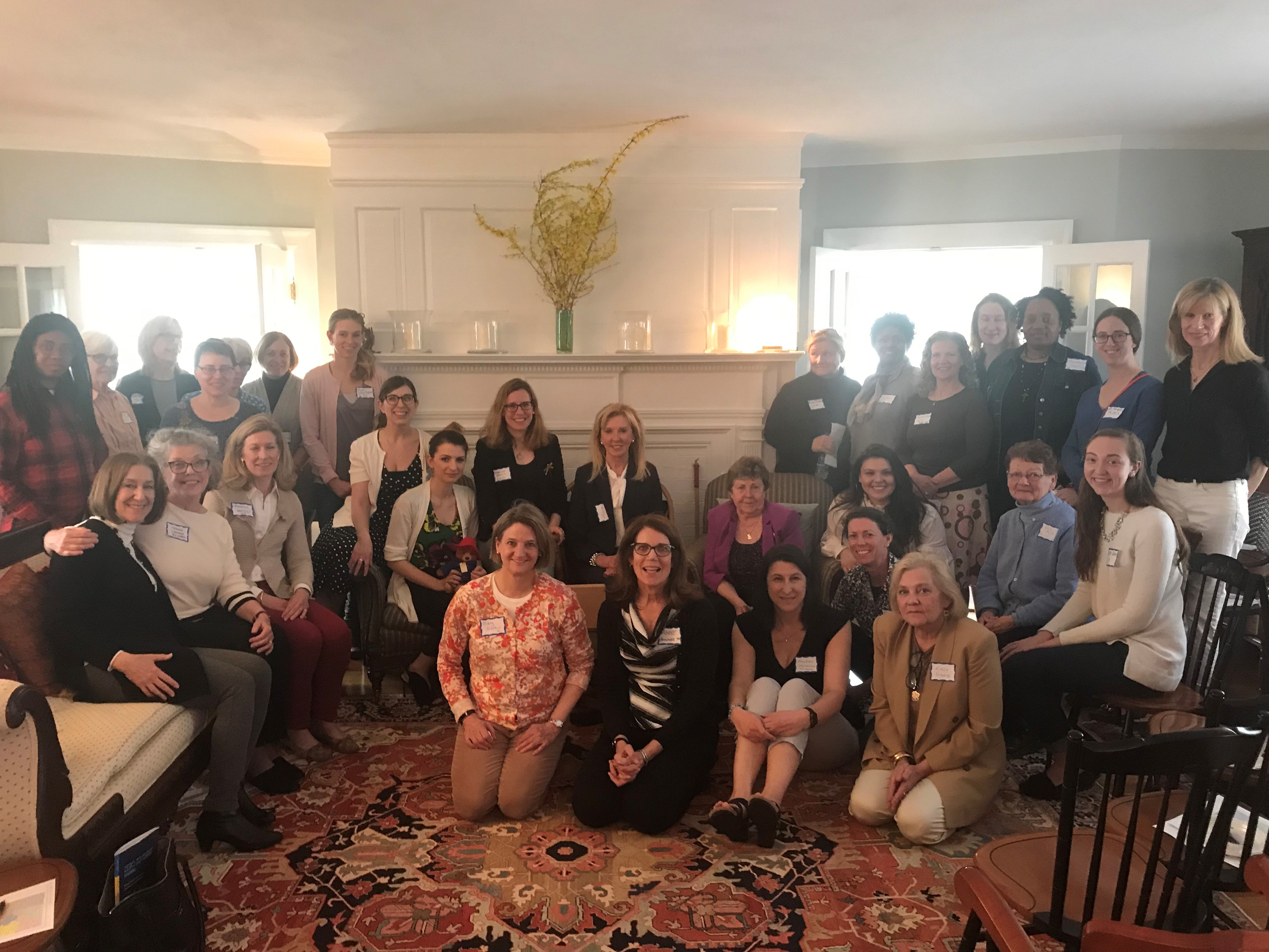 In late April, YaleWomen Philadelphia hosted an event with Hidden City Philadelphia of Cultural Trust. (“Hidden City Philadelphia of Cultural Trust pulls back the curtain on the city’s most remarkable places and connects them to new people, functions, and resources (celebrating) the power of place and inspir(ing) social action to make our city a better place to live, work, and play.”) On this guided tour of North Central Philly, attendees explored a part of the city and sites with which many people are not familiar. The crowning jewel of the tour was the Church of the Advocate. Attendees feasted their eyes on the stunning beauty of its Gothic Revival architecture, as well as murals, painted between 1973-76, depicting the "stations" of the African American experience in this country. The Church of the Advocate is significant for its place in the history of both Philadelphia and the United States, not only as a church built on a grand scale for the working class where the founding principal of "free for all" translated into abolishing a pew rent, but as a hub of activism during the Civil Rights Movement, when it hosted the National Conference of Black Power (1968), the Black Panther Conference (1970), and the first ordination of women in the Episcopal Church (1974). The Church is a vibrant anchor in the North Philly neighborhood. The Yale Black Alumni Association-Philadelphia chapter and the Yale Club of Philadelphia co-sponsored the event, which attracted Yale women alums from Yale College and the Graduate and Professional Schools, as well as Yale men alums, family, and friends. In keeping with the chapter’s successful practice of pairing the cultural with the social, many attendees continued the conversation over lunch. According to chapter head Susan LaPalombara ’83, “It is often during these times that we really make and cement connections.” To learn more, contact the chapter at [email protected]. 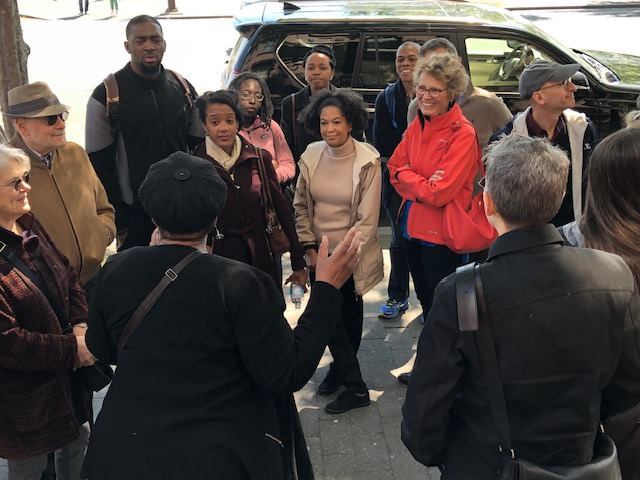 In early May, Susan Asam ’00 and Hope Tyron Bennett ’00, the chapter heads of YaleWomen Hawaii, convened Yale women alums and Harvard women alums to “talk story” about Authenticity. Modeled after YaleWomen DC’s enormously successful Salon series, which was developed by Ellen Fox ’81, this is the second “talk story” event the chapter has hosted. (The theme of their first “talk story” focused on Gratitude.) “Talk story” is grounded in the oral traditions of the Polynesian culture and in building relationships in the Hawaiian culture. The events evoke thoughtful conversations on relevant and meaningful themes with local applications. To learn more, contact the chapter at [email protected]. 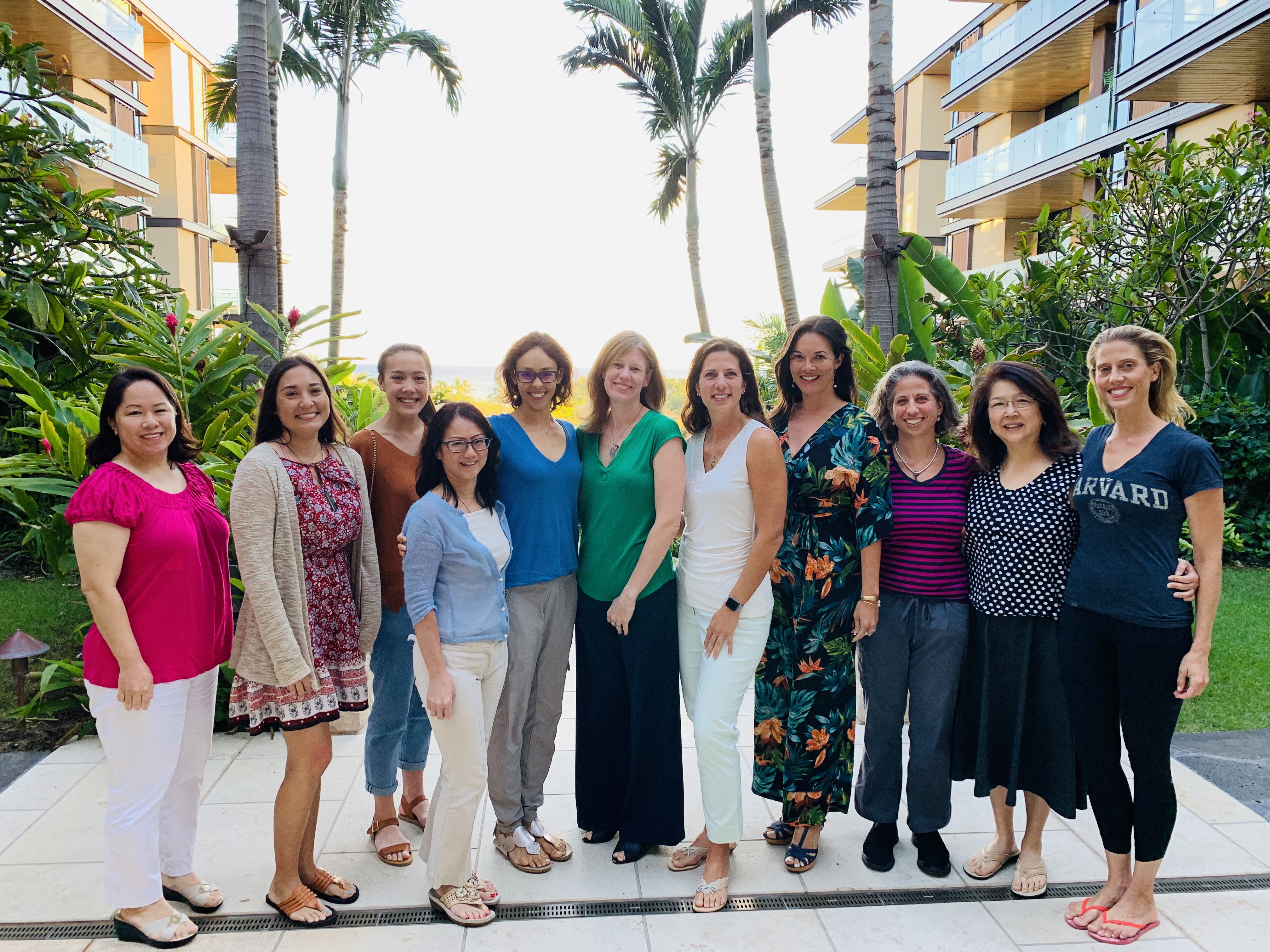 In late May, YaleWomen Hong Kong hosted one of its popular quarterly lunches. This one was a little different, offering dim sum at a convenient restaurant and conversation about how the chapter could join in the 50 Women at Yale 150 celebrations. It attracted the largest group of alums ever, from Yale College and the Graduate and Professional Schools, with class years spanning 1977 to 2015. In sharing information around the table about their professional and personal lives, the alums learned that 80% of the attendees had worked in Hong Kong at a bank or financial institution, in finance, law, or human relations. Many have gone on to become entrepreneurs. Only three of the attendees were natives of Hong Kong. They talked about ideas for future, possibly pan-Asian gatherings, including 50 Women at Yale 150. They found that they quickly connected with one another and left the lunch with a feeling of joy! One alum said, “It’s wonderful to meet so many talented and accomplished women. It reminded me of why it's so fun to hang out with Yalies. The breadth of interests and knowledge makes conversations so lively!” To learn more, contact the chapter at [email protected].

What happens when eight Yale women alums from Yale College (including a member of the class of 1971, the first class of women to graduate from Yale College) and the Graduate and Professional Schools, across class years, go hiking? They engage in conversations about issues ranging from feminism and choice, to the early days of the coeducation of Yale College and elder care, to urban issues, including housing, homelessness, green space, transit, TOC (Transit Oriented Communities: building homes and communities around transit such as along the new metro line that runs from Santa Monica to Downtown), SB 50 (proposed transit/housing legislation), and public education. In early June, YaleWomen LA hosted its popular annual hike to Inspiration Point in Will Rogers State Park, followed by a picnic lunch. The date competed with many graduation celebrations, and attendance was lower than in previous years, which made for an intimate gathering of alums reflecting a delightful mix of opinions and perspectives, sharing a passion for community involvement, for making the world a better place, for healthy, happy lives, for seizing opportunities for new adventures, and for new friendships and connections. To learn more, contact the chapter at [email protected]. 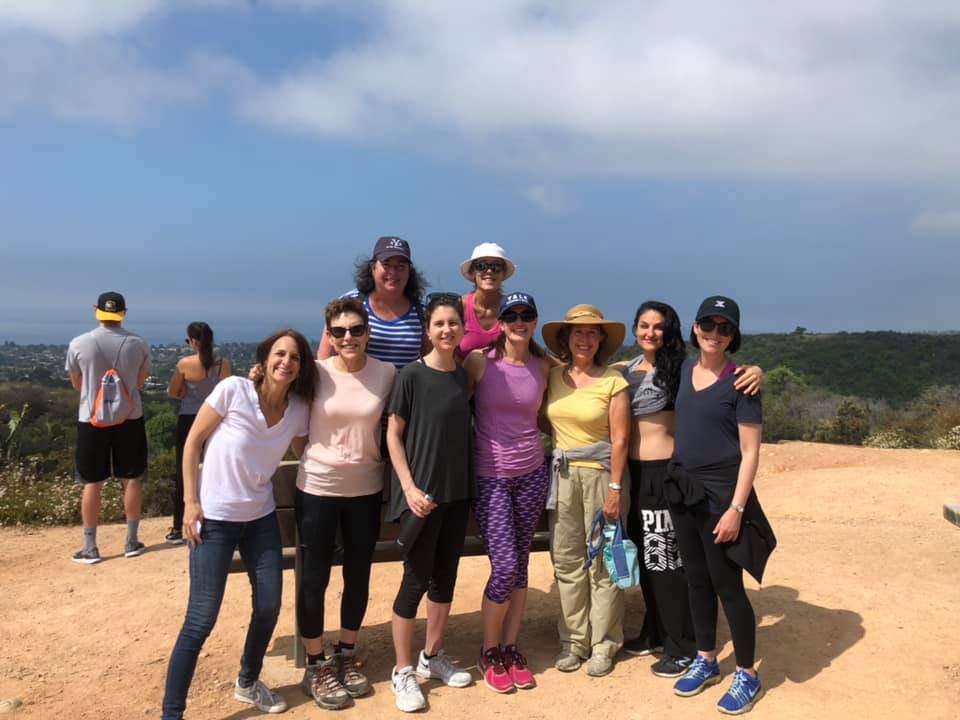