YaleWomen Boston Brings Women and Men Together in Conversation About Women in Science, Physics and Black Holes

What does a scientist look like? A physicist, to be precise? 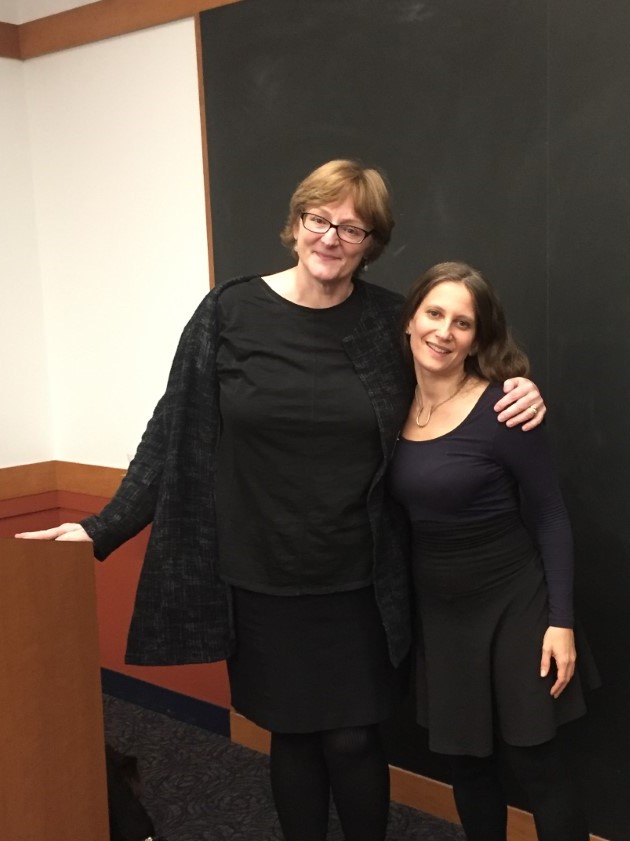 On November 5th, YaleWomen Boston hosted Professor Meg Urry, the Israel Munson Professor of Physics and Astronomy at Yale and Director of the Yale Center for Astronomy and Astrophysics, in a conversation about women in science and black holes. Professor Urry is known for her efforts to increase the number of women in the physical sciences and was recognized for this work as a recipient of the 2010 Women in Space Science Award from the Adler Planetarium.

Dr. Tamar Mentzler ’97 BS Yale College, a PhD research scientist at Harvard, organized the event through a synergistic partnership with MIT’s Astrophysics Department and Graduate Women in Physics, a group formed to foster community among women in the department.  Mentzler was able to hold the event at MIT’s Kavli Institute for Astrophysics and Space Research thanks to this partnership.

More than thirty people attended, including a number of Professor Urry’s former Yale students, both women and men, as well as Yale women alums from across the sciences, and Yale women alums with non-science backgrounds.  Participants spanned class years, including a member of the class of 1971, the first class of women to graduate from Yale College. For some attendees, this was their first YaleWomen event.

This Women in STEM event, which goes hand in glove with the themes of Connectivity, Voice, and Parity that drive YaleWomen’s work, struck a chord not only with women, but with several Yale men alums who attended, one with his young daughter. Another was drawn to the event because he is responsible for overseeing science departments and wants to ensure equitable practices.

For Tamar, whose work has included building a community of women to take actions to redress the imbalance of women in science, coming to a deeper appreciation of the relevance of this topic to men and the importance of engaging them in YaleWomen’s work around Women in STEM was an unexpected outcome. As the date of the event approached, Tamar said, "I confess that as a physicist who is often the sole woman in many professional settings, I had a knee-jerk reaction to exclude men…(thinking about men who were interested in attending) has helped me think more critically about my stance…this is a conversation worth having." She noted the role men can play in addressing both a lack of awareness and implicit bias, as well as in creating circumstances, norms, and communities that are supportive of women.

YaleWomen Boston hopes this will become an annual event, something Professor Urry supports. Tamar noted that one of Professor Urry’s many strengths is speaking to the issue of the scientific imbalance in gender and race. For future events, Tamar said she will “advertise more explicitly to men.  I think including men is crucial to realizing real change, and I believe there are men who are curious and care and might have attended if they were aware of the event.”

(This piece posted in the YaleWomen Facebook Group on March 16, 2018, noted that children’s stereotypes change as women’s and men’s roles change in society, and, as a result, they are more likely to draw a woman when asked to draw a scientist.)