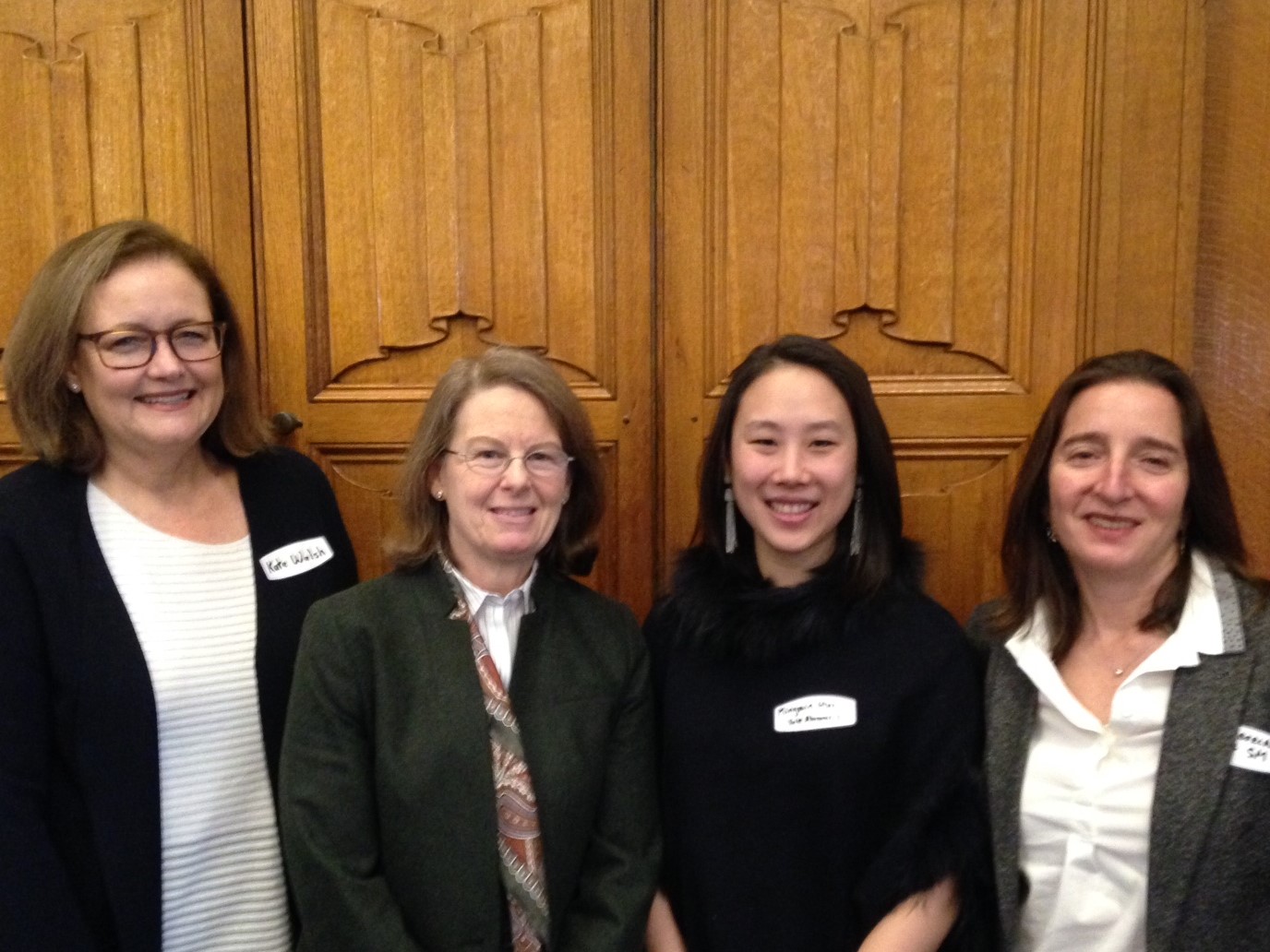 Origin stories are like myths. They are probably true at their core, but the details become fuzzy and sometimes unbelievable, as they are told over and over again. Experts say that one’s memories actually change every time one retells them. The following founding story of the Women’s Leadership Initiative at Yale is a true memory - one that has been recalled and retold many times, because of the beauty of what came later.

In the spring of 2006, Allison Pickens woke up in the middle of the night in her dorm room in Swing Space and scribbled a bunch of thoughts on post-it notes that she stuck to her desk. For months, she’d been imagining a campus organization that empowered women leaders. She often found herself lonely, as one of the only women in her classes and clubs, which typically focused on debate. Having attended an all-girls school for middle and high school, she had belonged to a different world, in which women ran all the school organizations and didn’t hesitate to participate loudly in class. She wanted to build a new environment at Yale. But it was hard to know who to talk to about it and where to start.

Later that semester she went to lunch with her friend and FOOT companion Tamara Micner. Tamara was Editor of the Herald, and she excitedly mentioned a story she was working on with author Alexandra Suich, who was also a journalist at the Globalist. Alexandra was writing about the challenges that women faced in attaining leadership roles in campus clubs and student government. Allison read the article and knew she had found kindred spirits. Suddenly an idea that had felt unattainable entered the realm of possibility, as she realized the prospect of working with a team of women who had similarly believed that the Yale community needed to change.

Marissa Brittenham was Vice President at Yale College Council, and someone whom Allison had always admired as a member of YCC. After a student government meeting, Allison approached Marissa and Rebecca Taber (who later became the first woman YCC President in 7 years) and shared an idea to start an initiative that fostered women’s leadership on campus.

Soon after, the five women sat together on the lawn in Berkeley College and mapped out the vision and charter for what became the Women’s Leadership Initiative. Never would they have imagined that 12 years later, after the founding story had long been forgotten, the organization would still be thriving.

-- Allison Pickens ’07.  After graduating from Yale College in 2007 with a BA in Ethics, Politics, and Economics, Allison Pickens, the founding president of YWLI, earned her MBA at Stanford University School of Business.  She is the Chief Customer Service Officer at Gainsight in San Francisco.

Haleigh Larson followed in Allison’s footsteps, serving as YWLI’s President in 2017.  Haleigh will graduate from Yale College in May.  She will take a gap year before entering an MD/PhD program in order to focus on refining her interests in genetics and aging research, as well as pursuing an interest in science and health policy writing. Longer term, she plans to work in clinical genetics, hopefully helping to lighten the burden of Mendelian disorders and devising novel ways to do so, while contributing to the resolution of the complicated genetic tech legal bundle coming down the pipeline. She reflected on how her YWLI experience has shaped her life.

While walking out of the 7th annual YWLI conference as a first year in the spring of 2015, I chatted about the unique value women add to a medical team with an inspiring physician, and mother of a wonderful young woman who would later serve as one of WLI’s Vice Presidents during my term. During that day I listened to women from myriad disciplines and a variety of ages speak about making mid-career U-turns, double minority leadership and balancing life as medical professional. Not long after walking back to my room, I wrote an email to the WLI board asking how I could get involved planning next year’s conference. Fast-forward one year, and alongside an incredible team, I helped organize WLI’s largest conference to date.

Apart from the wonderful relationships and career guidance, WLI’s open discussions on what being a woman and a leader really means attracted me. I knew that I had a minority point of view on the topic – to me, being a leader didn’t necessarily entail running a Fortune 500 company or being some type of Wall Street CEO, but was more of a combination of traditional leadership, character and personal development that encourages and positively influences the development of those around you.

More than anything, I was motivated by WLI’s tradition of empowering young women to become leaders both here at the University and wherever their ambition and dedication take them. Our world is tumultuous, or rapidly changing to say the least, and discussions about women, women’s rights, women’s leadership, etc. are happening every day. In the midst of all this, it was difficult to define exactly what I wanted our focus to be during my year as President. Providing outstanding networking opportunities, mentoring relationships, and inviting inspiring speakers to help our fellow undergraduates achieve their ambitions was a no-brainer. But above all this I wanted to emphasize the ethic of a woman who finds strength from developing her principles and herself.  My time at Yale helped me realize that it is one thing to take advantage of a bevy of opportunities, but using those resources to help inspire an individual vision, develop your own initiative, and share that with others was something completely different.  Inspiring Yale’s undergraduate women to develop their resourcefulness and personal vision, with the support of our shared fundamental mission, was something I actively worked to encourage.

Haleigh Larson ’18 and Allison Pickens ’07 contributed to this article.