Webinar on Career Transitions Draws Nearly 1,000 Attendees and Sparks a Conversation About How to Adapt to Unexpected Career and Life Challenges 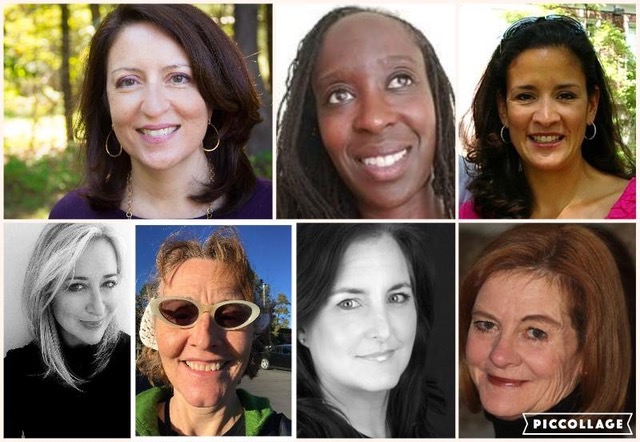 “The lives we lead are rarely as streamlined as we thought they’d be when we graduated, or what we present to the world,” said Jennifer Ebisemiju Madar ’88 who organized and led a January webinar on career transitions that drew nearly 1,200 registrants and nearly 1,000 attendees.

Indeed, the six panelists who joined Madar shared stories and insights far richer and dynamic: of unexpected career and life challenges, and the consequent need for self-discovery, resilience, learning, adaption, and reinvention.

A partnership between YAA’s flagship Careers, Life, and Yale program and YaleWomen, the hour-long webinar was designed to address specific career challenges such as returning to work, switching careers, and job loss. But the broader life stories proved equally illuminating.

“We worked hard to create a relevant and appealing program, with a storytelling format. But we never dreamed that 1,200 Yalies would want to join in,” said Madar, a member of the YAA Board of Governors and vice chair of YaleWomen. “And it’s exciting to know that hundreds or thousands more will be able to watch this webinar and others like it in the future.”

Opening panelist Catharine Gately ’89 traced her journey through a career in journalism, motherhood, and, then, a self-described “midlife crisis” while living in Seattle. “I had to dig deep to figure out what I was going to do next,” she explained. Now heading a company that helps businesses create narratives through storytelling, she stressed the importance of reaching out to others for help, while finding one’s own authentic story and “pushing through the fear.”  She described a process of “getting comfortable with what I value, who I am, what I love to do, and what the world needs.”  Often this process can begin with a strength assessment and becoming familiar with online tools to get work in the gig economy.

“It can be tremendously scary,” confirmed Katy Kincade ’85, who launched a whole new career as a costume designer after raising her children and returning to art school. “Be aware of what a life-changer kids are,” Kincade advised younger members of the audience, and “work through what you need to be happy.” She cautioned her audience that it is “really hard to make major structural changes in your life” such as a different family situation or a move to a new city. These bigger changes often require the support of others, including professional help. “But even if you are in a little rut, do what you can to get out of it.”

“Everybody told me I could have it all and do it all, and I found out I couldn’t,” acknowledged Cristina Thais Vittoria ’93, who left a successful New York magazine career to raise her children in Connecticut. Now vice president of development at Boys and Girls Club of Greenwich, Vittoria leveraged her community volunteer work and skills back into paid work. “When you are looking to go back, talk to people,” she advised. “Network with a passion. Tailor your resume and be flexible.” And finally, she advised, “Don’t under-estimate the skills you have developed while taking time off from paid work.”

“I never thought I would encounter the struggles,” acknowledged Wendy Maldonado D’Amico ’93, who described her journey, growing up as undocumented child, through Yale College, the Harvard Kennedy School, the MIT Sloan School of Management, jobs, and job loss. “When I got into Yale, my mother thought I won the Willy Wonka ticket.” But the wrong job, work environment, and people around you can take its toll. “A valuable lesson is learning where you don’t belong and then finding your people and the values you share with them,” she said. “Learn to play to your strengths and what you do well,” And finally, “get help when you need it if you find your mind and spirit are broken.”

Resilience and identifying one's unique strengths was a common theme among the panelists. “Nearly every profession is undergoing rapid change,” noted Amy Armitage ’86 MBA, founder of Nexus Peer Groups and a member of the YaleWomen Governing Council. “Career transitions are not just for those who are unemployed or otherwise out of work. Career transitions are the new normal.”

“You need to define success on your own terms,” said Yale SOM career coach Cindy Cornell, who explained that success looks different for each of us. “Set your intention and then live by it. Set the vision you are excited about, prioritize yourself, and keep moving.”

“That steadiness that we might have expected doesn’t exist in the world anymore,” Cornell said. “It is up to us to understand that we need to reinvent ourselves consistently as the world is reinventing itself.” We need ask, “In what ways can I be relevant today?”   And as Armitage stated, “Your impact is ultimately about identifying the problems that you – uniquely – can and want to solve,” said Armitage. “To be a leader, you must act into the opportunity.”

The webinar generated quite a bit of excitement and engagement among alums, starting with a lively “in the moment” discussion that inspired the formation of several online communities, the establishment of new friendships, and the setting of new personal and professional goals.  YaleWomen and YAA will also use suggestions from webinar participants to inform their programming going forward.