Across Yale’s library system are hidden archival treasures documenting the legacy of female students at Yale, the coeducation process, and celebrated women writers, artists and playwrights who have shaped their respective industries. “There is no special designation for women’s archives, but the library has a strong investment in women’s history,” said Melissa Barton ’02, one of seven Beinecke curators who oversee the American Literature holdings of the Beinecke Library.

She pointed to the James Welden Johnson collection as one with “strong holdings relating to women.” The celebrated highlights of this collection include African American women artists and writers Augusta Savage and Gwendolyn Bennett, as well as photographs of Zora Hurston. She also pointed to the James Marshall Osborne collection of annotated manuscripts, illustrating the history of reading through a woman’s notes. Barton’s recent curatorial efforts over her four years working at the Beinecke include developing the collection of Pulitzer prizewinning playwright Paula Vogel, the first woman playwright held in the Beinecke’s collections. The Paula Vogel Papers, which are accessible to students, include drafts of most of Vogel’s dozen published plays, as well as teaching files, email correspondence with theater practitioners, photographs and drafts of work by students. Vogel served as adjunct professor and chairwoman of the playwriting department at the Yale School of Drama (2008-2012). 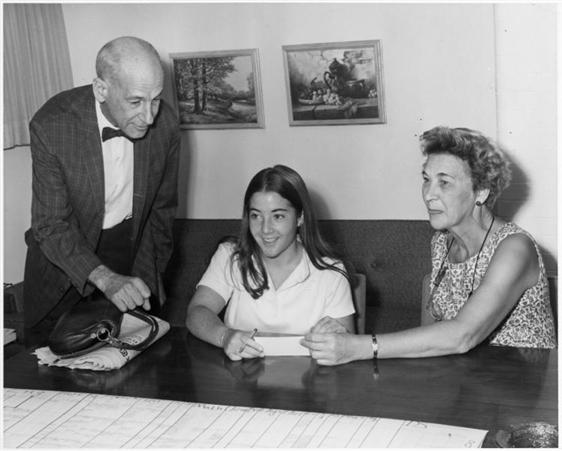 Mary Caldera, who has been working in the Manuscripts and Archives department for 16 years, pointed to a 1969 image of Amy Solomon — the first woman to register at Yale College — from the University Library Digital Archives, as one of her favorite documents related to women at Yale. In 1968, after former President of Yale University Kingman Brewster announced the coeducation of Yale College through the introduction of 500 women, he appointed Elga Wasserman as the chair of the University Committee on Coeducation. This collection in Yale’s Manuscripts and Archives department contains notes from committee meetings, administrative correspondence and details on the new service programs that were implemented as a result of women being welcomed to Yale, including gynecological services, sex counseling, the addition of women faculty and women’s studies. The majority of these records remain sealed for another few decades, in accordance with the policies of the Yale Corporation. Even before the coeducation of Yale College, library records in the Viola F. Barnes collection showcase images of life at Yale and female PhD candidate Viola Barnes, who graduated in 1919. 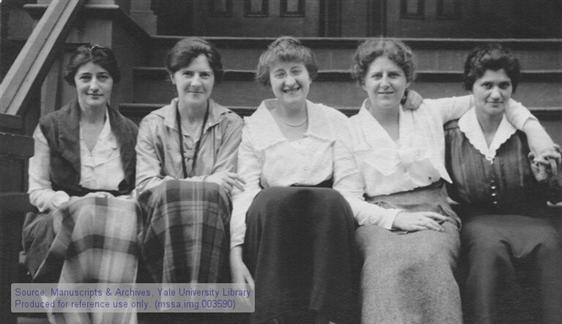 Another significant set of library holdings document the 1976 Title IX protest by the Women’s Crew team, whom Caldera described as “protesting the lack of equal facilities in comparison to Men’s Crew.” 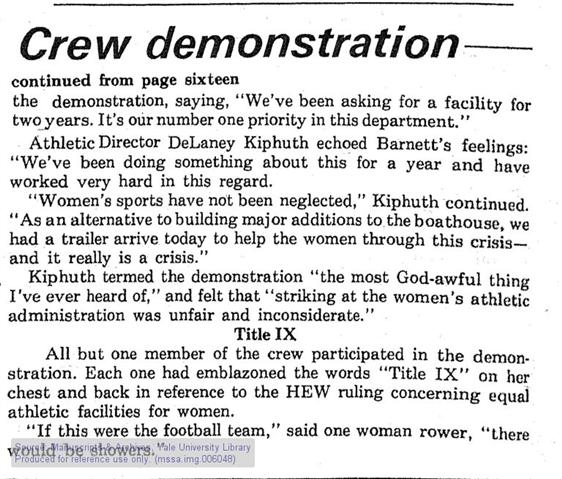 Both librarians noted the University's historical interest in showcasing collections pertinent to women, both those celebrated within Yale and in the wider world.

What struck me was the extraordinary span of collections related to women — both those celebrated within Yale and those who have made important strides in the wider world — across the library system. Between archives of New Haven based women's organizations to relics of the University's earliest students, the librarians interviewed noted the University's historical interest in showcasing its extensive collections pertinent to women.