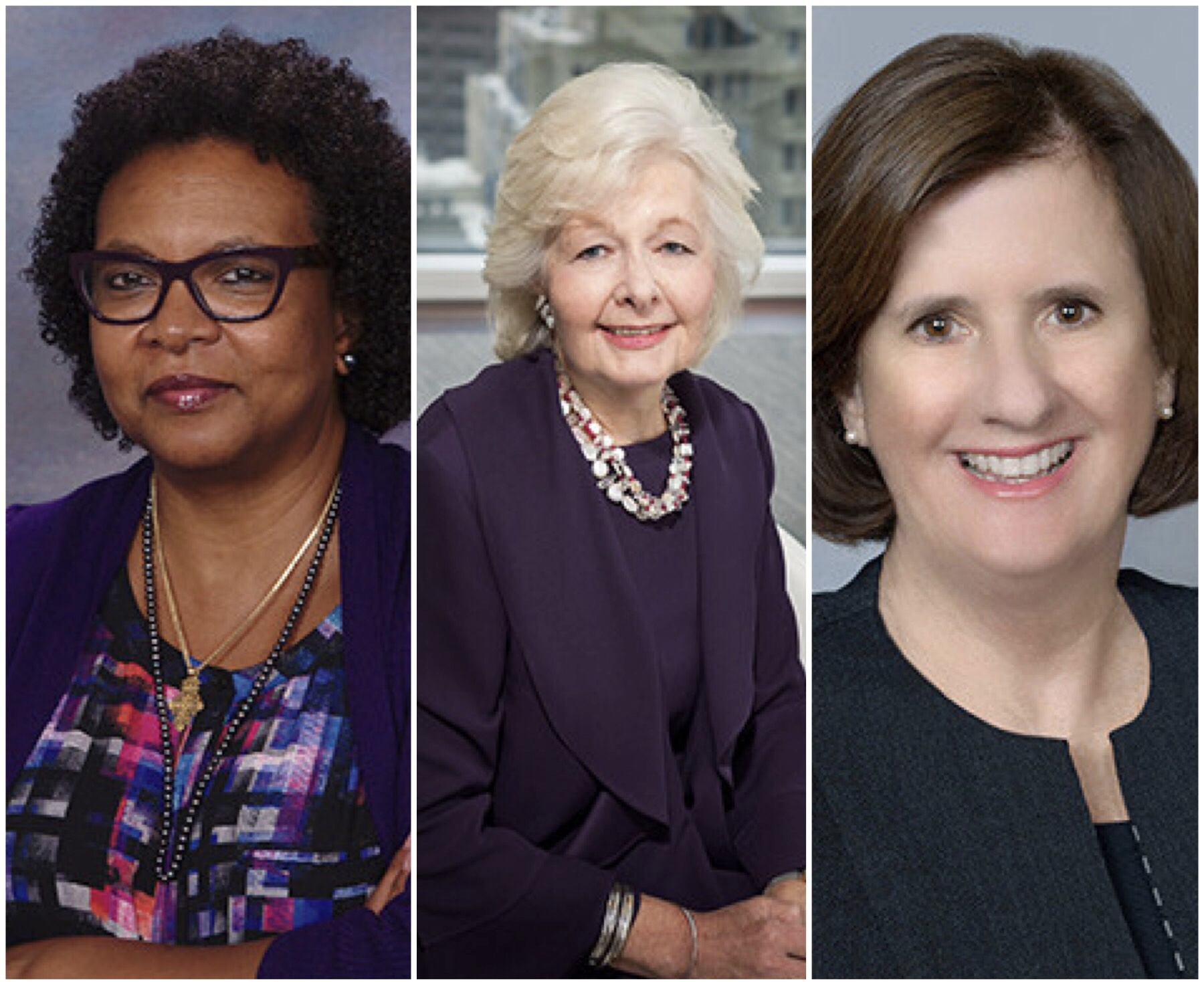 The Yale Medal is the highest honor presented by the Yale Alumni Association (YAA). Inaugurated in 1952, it is conferred annually to recognize and honor outstanding individual service to the university.  This year – for the first time ever – three women alums were awarded the Medal during the YAA Assembly and Alumni Fund Convocation in November.

A committed ambassador for Yale, Negash has served as a member of the YAA Board of Governors and as a service, club, and shared interest group (SIG) leader. She began her volunteer service in 2009, organizing and leading a service trip with undergraduates on behalf of the Afro-American Cultural Center to promote higher education, work she has continued as part of the Higher Education Initiative. She also embraced the Yale Day of Service in 2009, going on to serve as a site coordinator and regional director, then as co-chair for the global event from 2015 to 2017.

Negash has also been a leader in her local alumni community.   She served on the board of Yale Club of Los Angeles, and, as a member of the Alumni Schools Committee since 2010, she serves as regional director for the Southern California South Bay area, coordinating alumni interviews for prospective applicants and personally conducting 10 to 30 interviews annually.

Negash joined the YAA Board of Governors in 2015 and from 2016 to 2018 served as co-chair of the YAA’s Alumni Diversity, Equity, and Inclusion Task Force. She currently serves as co-chair for the 50th anniversary celebration of the Afro-American Cultural Center at Yale and has a leadership role planning the 50 Women at Yale 150 celebrations.

In 2004, she began a six-year term as an alumni fellow on the Yale Board of Trustees (then named the Yale Corporation) and, after completing her tenure in 2010, returned as a successor fellow in 2012. A year later she was elected the first woman senior fellow of the Board, a position she held until 2016. In between, she chaired Yale’s Advisory Committee on Campus Climate, work that ultimately led to the establishment of the University-Wide Committee on Sexual Misconduct.

Marshall has also been a regular guest lecturer, attending and speaking at alum and student events, and serving as a frequent and dedicated mentor to all who seek her counsel.  She was a panelist at YaleWomen’s 2013 inaugural conference, Vision, Values, Voice: Women Changing a Changing World,  and she has been an active participant in Yale club gatherings in her hometown of Boston was well as a frequent speaker at Yale alumni regional events, including one last year in her native South Africa.

Chapman’s dedication was evident in her early days as site coordinator and regional director for the Yale Day of Service. In 2014, as Day of Service chair, she recruited presidents George H.W. Bush ’48, George W. Bush ’68, Bill Clinton ’73 JD, and former Secretary of State Hillary Clinton ’73 JD to be the program’s inaugural honorary chairs.

Chapman joined the YAA Board of Governors in 2010 and was elected an executive officer in 2013 and chair in 2014. As chair, she focused on building stronger bonds between the on-campus and alumni communities, inviting President Peter Salovey and several deans to attend board meetings and setting the precedent of board participation in Yale College Reunion, Freshman Address, and Commencement events. She championed the creation of the Careers, Life, and Yale program to connect alumni with students, initiated the AYA Diversity, Equity, and Inclusion Task Force, and served as a Yale Alumni Service Corps project leader in Nicaragua, West Virginia, and India.

Following her service as YAA board chair, Chapman co-founded 1stGenYale, a shared interest group that fosters a supportive community for alumni and students from first-generation and underserved backgrounds. For the School of Management (SOM), Chapman chaired her 25th, 30th, and 35th reunions, and was a member of the 25th and 35th Reunion Gift committees. She currently serves as co-chair of 1stGenYale, member of the board of directors and class agent for the Yale Alumni Fund, and member of her local Alumni Schools Committee.  She is also one of four founding administrators of the Yale Alumni closed Facebook group.