One Chapter Ends; Another Begins: Joan O’Meara Winant ’73 Reflects on the Early Years of YaleWomen 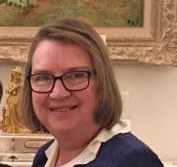 For me, the roots of YaleWomen stretch back to my long-ago undergraduate days as one of the first female freshwomen.  The somewhat chaotic goldfish-bowl atmosphere on campus in the fall of 1969 led many of us to form intense, life-long friendships with female suite- and college-mates.  After graduation, we sought each other’s company at engagement parties, weddings, graduate school graduations.  Then those occasions passed, so we started meeting for a weekend every year, to talk about careers, relationships, marriages, divorces, kids, infertility.  No subject was off the table, and confidences were kept.  We loved being together and missed each other when we were apart.

Yale herself created two fantastic opportunities for us to reunite on campus:  the Gender Matters: Women and Yale in Its Third Century conference co-hosted by AYA and the Women Faculty Forum in 2001 and, a few years later in 2004, AYA’s In the Company of Scholars: Yale Women in a Changing World conference.  Both brought together not just my own personal posse but a diverse group of amazing Yale women alums from both the College and the Graduate & Professional Schools from all eras.

It was during AYA’s 2010 conference, Celebrating Yale Women: 40 Years in Yale College, 140 Years at Yale, that the opportunity to capture the energy and passion of Yale women alums took hold.  Nancy Stratford ’77 and Ellen Gibson McGinnis ’82 were tasked with hosting a series of listening sessions around the country to explore the interest in, and feasibility of, a Yale women alum group.

Nancy and I, both living in New York City, met and bonded on our walks back to the subway after several of these sessions and decided to put our heads (and our contact lists!) together and hold a few events.  At the time, my late husband, Riv, was quite infirm, so I had lots of time at home to email and talk to people while he rested.  He encouraged me because he himself was a huge “people person” with a large international network of friends and colleagues and so thought our work was valuable.  He was able to attend one or two early events of what would become YaleWomen NYC.

Our list and our events grew; sadly, my husband’s health declined.   His memorial service was on February 26, 2011, the official launch date of YaleWomen, which is why I am not in the iconic Founders’ photo on the YaleWomen website.

So, my chapter as his wife and colleague ended, but the YaleWomen NYC chapter that emerged has been both a balm and a solace in my widowhood.   We stood 75 strong, new friends and old, in Riv’s and my apartment for the 2017 holiday party.  I felt his spirit in the room; I don’t think I was the only one to sense his presence.

We may go on in life together with some sadness, but there is also joy in finding new and enduring connections in the vibrant mix that is YaleWomen NYC.