In the U.S. elections this past November, four Yale alums were elected to significant governmental positions:

Over the next several issues, we’ll be presenting an in-depth look at these women in their own words. First up: Teresa Leger Fernandez. 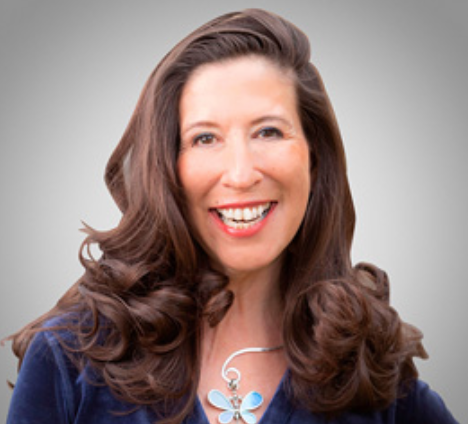 Leger Fernandez, a progressive Democrat, is Representative-elect of New Mexico’s 3rd District, which includes Santa Fe and Taos, as well as a significant part of the Navajo Nation’s Tribal Lands. She is an attorney (Stanford Law School) who, prior to running for office for the first time in 2020, had focused her 30-year, New Mexico-based career on community-building and tribal advocacy. Her campaign platform included support for a “New Mexico Green New Deal,” Medicare For All, a transition from fracking to green energy, comprehensive immigration reform, and passing of the DREAM Act. Leger Fernandez was a White House Fellow during the Clinton Administration and later served on the Advisory Council on Historic Preservation during the Obama Administration; she has also served as a liaison between the White House Office and United States Department of Housing and Urban Development. This was her first run for elected office.

What are your priorities as you take up your office?

“In 2021, we’ll be faced with doing Covid relief and recovery legislation. I want to make sure that as we push for an economic recovery, we take this moment to use the stimulus bill to address the other issues that are pending, like addressing the climate crisis. One of the things you do for economic stimulus is to invest in building things. Well, let’s start building things we need, like a renewable energy grid. Let’s start investing in rural health clinics, in getting broadband out to everybody. Let’s make sure we consider an expanded vision of infrastructure that includes the things that communities need to thrive, like affordable housing, early childcare, a clean energy grid, clean water.

“I ran on tackling the climate crisis. My community expects me to take this on. New Mexico is an incredibly fragile environment, and we will feel the disastrous ruins of our failures to address the climate… more than many states, because we’ll suffer from drought, our forests will burn, and we don’t have a cushion. If we suffer too much drought, we literally cannot live in this beautiful place I call home.

“And there’s one more thing that’s critical. In order to address all of these issues, we need to have democratic reform. We need to make sure that every vote gets counted and every person can vote. There’s something called the “For the People” act, HR 1, that has these reforms in it, from redistricting to campaign finance reform. I’m also encouraging people to take the lessons we learned from this election cycle. For instance, our democracy should not require an investment of 10 hours waiting in line to vote. We have to make sure that we give every community equal access to voting, that we don’t have one community standing in line for 10 hours, and another community where it only takes 20 minutes.”

Politics seems to be getting even rougher and tougher. What compelled you to run?

“I have spent the last 30 years of my life creating opportunities in places of poverty. As an attorney, I represented Native American tribes, amazing communities that have trusted me to be their general counsel for decades. I asked them if I should run, and they said to me, “listen to your heart.” So that’s what I did.

“I ran on a campaign of protecting what we love. I actually put “love” in the middle of my campaign. Because when you act from a place of love, it’s an incredibly powerful place to act from. I have an incredible love for my community, which I define not just for my community in New Mexico, but across the nation and the world. And those things that I love have been under attack.

“Anytime you love somebody, whether it’s a family person or your ideals, and you see them in pain, you want to do everything you can to protect them and help them thrive. I saw in 2019 there was a lot of pain in this country. Our humanity was under attack. We were taking children from their parents at the borders. We were not addressing climate change in a meaningful way. There was great disparity of access to education, healthcare, broadband, other resources.

“You give up a lot [by running for office], but the possibility is that you have a positive impact, of creating a future. I have three sons, I want to create a better world for them to live in, for their friends to live in. It compels me forward.”

You need great strength of will in politics, first to get elected, and second, to take on the challenges of actually representing your constituents. Who or what has taught you to be strong?

“My parents were very strong. My mother became a national leader in bilingual education. And she had seven kids. She went back to school to get her degree, and she’d fall asleep on the typewriter; the little numbers would get embedded in her forehead. My mother was very good at saying, “yes.” She’d say yes to this, yes to that. And as much as she was doing with her seven kids, we had incredible love from her.

“But I’m also strong because my family has suffered a lot of hardship. In a period of two to three years, four of my immediate family were diagnosed with cancer and died, including my mother and my father. I also have lost two amazing brothers to addiction. But if you have a really strong base of love, then you go together through these hardships, you find you survive them. You keep going and you use those lessons to move forward.

“These are things that strengthen you and prepare you. They prepare you to have empathy for others who are in similar conditions or maybe conditions you don’t really know, but you know what heartbreak feels like, and you’re prepared to move forward.”

Do you see a through line between your time and Yale and what you’re doing today?

“Absolutely. Yale truly transformed my worldview. It awakened me to the complexities and social inequities in the world. I started my academic career in Head Start. I grew up in a segregated town. Actually, there were two towns: one for the Latinos, and right across the river, another town where the Anglo mercantilists lived. Separate school districts, separate sheriffs, two different places. It was just like, that’s the way it is. My parents fought it; they were pioneers in bilingual, multicultural education.

But what Yale did was go, “BOOM!” It really opened my eyes to the complexities of class and racism and separatism. And the intellectual curiosity there was just so different. They didn’t even give the SAT in my high school. By the time I decided I wanted to go to Yale, I’d missed the SAT, so I had to wait out entire year to take it. That was the context I was coming from.

At Yale, I became a leader in my own right. I became active in MEChA at Yale, which focuses on Latinx issues, social justice, and activism. I took over a speaker’s program, and that gave me freedom to invite people like [labor organizer, civil rights activist, and Presidential Freedom Medal winner] Cesar Chavez. When he came, Woolsey Hall was packed. That told me it wasn’t just us Latinos who wanted to hear from him, it was all of Yale who wanted to hear about it. That was very empowering.

“The way Yale is set up, it lets you make friends outside of your discipline. It is wonderful to have communities that are much more diverse than your own small community can be. So I also became friends with some of the most conservative students there, who pushed me to defend my positions and ideas. And in some ways, I thank them the most for my evolution, because they taught me that I had to clearly understand what I believed in, and why. And also, they showed me that I could remain very good friends with people who had other views.

“I am incredibly grateful for Yale. I tell people all the time what a difference it made to me.”

In the next issue of the newsletter, we’ll focus on Representative Carolyn Bourdeaux, the recently elected Representative for Georgia’s 7th District, and one of only three Democratic challengers across the U.S. to flip their red districts to blue.