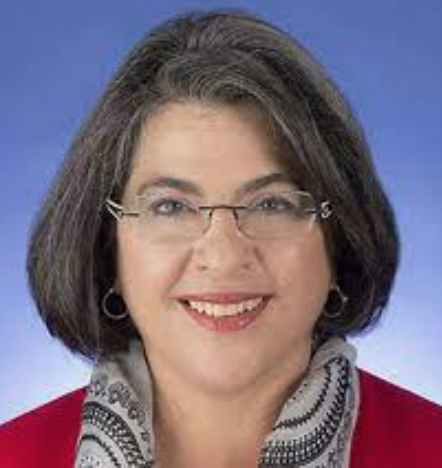 In 2020, Daniella Levine Cava, ’77 led a successful campaign in the non-partisan Miami-Dade County mayoral race to become the county’s first woman mayor. In November, as the pandemic raged, she assumed leadership of 2,400-square miles comprising a complex mélange of cultures, geographies, political views, and economies—an area replete with both boundless opportunities and pervasive inequality; of incredible wealth and dire poverty. We caught up with Levine Cava six months into her 4-year term to learn more about her personal path to office, where she’s focusing her administration’s efforts, and how things are going for her so far.

YW: You spent most of your career, something like 30 years, serving as an advocate for some of the neediest and at-risk groups in South Florida—struggling immigrants, special needs children, kids on welfare, low-income families. You established programs to fight poverty and improve education; you served and led committees focused on defining and preserving the rights of children; you set up systems to ensure abused children got the services they needed. Then in 2014, for the first time, you decide to run for office as a County Commissioner. How and why did you make that pivot?

Levine Cava: Yes, I ran after a lifetime of community advocacy as a lawyer and a social worker. I had never planned to run for office. I always thought that being on the outside, and advocating for government to be more responsive, was the right way to go. And I was pretty successful at that. But in 2013-2014, I just began to see that there was a great need to replace a commissioner who was taking the commission the wrong way and, I felt, really didn’t accurately represent the views and attitudes of her district, which I thought was for improving the environment, creating economic opportunity, and standing up for community integrity. So anyway, it was just like somebody needed to run against this commissioner. Basically, people focused on county politics said, “We need somebody to run against this person and we haven't been able to find anyone.” [Laughs]. I was the bottom of the barrel.

YW: Well, I find that a little hard to believe.

Levine Cava: OK, well, various people had been asking me to run for office for decades, but I wasn't interested. This time, I was.

YW: Simple as that, huh?

Levine Cava: Not so simple, actually. Because at that time, I didn’t live in the district I’d be representing, and the rules, quite rightly, say you have to live there to run there. I didn’t make my decision to run until late September, and according to the rules, I had to be in my new home in the district by early December. In that month-and-a-half, two-month period, we bought a home and moved in over Thanksgiving. So, yeah, it was kind of touch and go there.

YW: And you won that first race.

Levine Cava: Yes. And four years later, I ran and won again. Then, halfway through my second term as commissioner, the 2020 mayor's race was starting to heat up. And it was a little bit similar to the situation I faced in deciding to run in 2014. I wasn’t exactly recruited, but I looked around at who the mayoral prospects were, and I did not see people that I thought represented what I believed or where I thought Miami Dade should go. I thought I had a responsibility to bring my perspectives to the table. So I decided to run, and here I am.

YW: Which brings me to my next question: what are your big agenda items for your first term?

Levine Cava: Well, of course, we have to start with getting through this pandemic. I have spent a huge amount of time focusing on the health protection, getting the vaccine, putting it in people's arms. And I'm going to continue to double down on that. But fighting the pandemic is a given. Beyond that, my initiatives are focused on what I call the “Four E’s.”

The first “E” is for environment.  Here in south Florida, we face existential threats because of environmental challenges, particularly with rising sea levels that are starting to compromise our fresh water. We have huge opportunities to reduce our carbon footprint and put in place mitigation strategies, and we have to do it.

We’ve already gotten a federal grant and signed an historic agreement with the six major cruise lines to transform our port to shore power. So now ships won’t be belching diesel fumes. We’re developing plans to deal with rising sea levels. We’re issuing a Biscayne Bay Report Card to track the bay’s health. We just signed a deal for one of the largest procurements of electric buses in the country. So we’re very busy, but there’s still lots to do here at ground zero of the climate crisis.

The second “E” is for economy. We need to have a blue-green economy, in addition to building back our tourism economy and taking advantage of our position as a crossroads to build opportunities there from foreign investors. We have many small businesses and we need to help grow them, too. We're even talking about being a center for resilient technology, and hopefully in the near future we’ll be making a very big global splash.

One thing we’re doing is working with the CDC to make vaccination required for cruising. That’s going to help revitalize the cruise industry here. We’re setting up an incubator approach countywide to help small businesses. And we've launched the CEO Ambassadors Program—30 CEOs here talking to CEOs around the country and world to get them to relocate to south Florida.

As we grow our economy, we have to really double down on making sure that we don't leave neighborhoods and people behind, and that we start closing the gap in our huge income divide. That leads me to “E” number three, which is equity. We need to make sure that we grow together in a way that truly lifts up our local people in economy. So we’re doing equity audits of each department, and a deep dive into diversity in procurement. There’s a lot more we’ll be doing in that area, too.

And finally, the fourth “E” is for engagement.  I want everybody to have trust in government, which comes from having the experience of seeing what government is doing. It starts with transparency and accountability. One thing that I’m excited about: we’ve launched something called the People’s Choice—setting priorities for government based on a huge survey of the people that we fielded, with 1.2 million people participating in part or in whole. The people get to choose.

YW: Wow, you’ve been busy indeed. But let me move away from the present and future and close off our conversation by asking you to think back to some inflection points—maybe at Yale, maybe not—that have affected your trajectory.

Levine Cava: At Yale, I was elected president of the Yale Student Council. I got to rub elbows with [then Yale President] Kingman Brewster and his chief of staff, and the Yale Board of Trustees, including Marian Wright Edelman who was president of the Children’s Defense Fund. I also ran the Big Brothers and Big Sisters programs through Dwight Hall. Between all those people and activities, it became clear that my path was really civic engagement around children’s issues. And I did that for 30-some years.

And my family was also very instrumental in making me what I am. From an early age, I always wanted to be at the table. I did not want people to make decisions for me. I think a lot of that was my dad's influence—questioning the status quo and having independence of thought. And my mom, who was a social worker and psychoanalyst, taught me about deeply caring for people and thinking outside myself. My grandfather was a lawyer and philanthropist who was very inventive and good at bringing people together to create change. My grandmothers were also very, very strong characters.

I just think I had a really great store of people who demonstrated how to have a strong character and to live life believing in things. And as important, they believed in me, sometimes more than I did myself. They actually pushed me to do a lot of things beyond my comfort level. Honestly, that’s probably the reason I could be mayor. You have to have chutzpah to step out into the unknown.