Sailing Lessons: a Conversation with Laura Grondin ’85, Treasurer and Immediate Past Chair of YaleWomen and CEO and President of Corporate Member Virginia Industries

The ongoing success of the Yale Women’s Sailing Team – defending winners of both the National and Atlantic Coast Championships in 2017 – is an example of one of the many ways that women benefit from their Yale experience. But for Laura Grondin, sailing is a lot more than “something she did in school.” Laura, who crewed her first three years at Yale, skippered as a senior, and now races competitively, shared her thoughts on the meaningful role that sailing has played in her life, as well as some personal and professional life lessons that can be of relevance and an inspiration to all of us.

Laura comes from a family of sailors, and she learned to sail at the age of 11. She was immediately hooked but had no idea of how, exactly, it would impact her life. She sailed purely for the joy of it.

Lesson learned: Pursue your passion, even if you aren't sure where it will take you.

Learning from Peers and Mentors

During college, Laura had a phenomenal experience competing at a national level with people who had already realized a high level of international success. Her only regret? She wishes she had paid more attention to, and taken advantage of, the opportunities that she had, to learn even more from her teammates and coaches.

Lesson learned: Maximize the opportunity to learn, whenever it presents itself.

“Trying to Figure it All Out”

Laura actually stepped away from sailing for nearly two decades and characterizes this period as a time when she was “trying to figure it all out.” She was busy with her career and family, and she also wasn’t in a position, financially or time-wise, to pursue her passion. She also didn’t really know what, exactly, appealed to her about sailing anymore and was daunted by the fact that it was really hard to participate in post-collegiate sailing as a woman. When she looks back on that time, she realizes that she probably could have been more persistent and that she may have given up more easily than she should have.

Laura returned to sailing about 10 years ago, and she now races competitively at the national and international level (all the while running her own manufacturing company and serving on the YaleWomen Council!). She started by buying a boat built in 1910, moved up to a Melges 32, and currently skippers a Melges 24. She admits that she had a steep learning curve – when she bought the Melges 32, her long-time tactician commented, “I don't know what makes you think you can sail this boat.” But a lot of good people (including that same tactician!) helped her along the way. And while Laura already had nearly two decades of leadership experience in a male-dominated field, her more recent sailing experiences have taught her a lot about building a team and working with men as teammates. “Everyone on the boat has a job, everyone supports and helps one another,” she says.

Laura also learned a somewhat unexpected lesson when she returned to sailboat racing, which is that sometimes men picked on her, not because she was a woman, but because they picked on everyone. In other words, they were just treating her “like one of the guys.” While she was used to being treated “like one of the guys” professionally, she initially had a different – visceral and negative – reaction to similar treatment from fellow sailors. That realization helped her to convert some unnecessary negative energy into the positive energy she needed to compete at a high level.

What, ultimately, has changed for Laura, in large part because of her love of sailing, over the course of her life? She cites “a confidence that comes with experience; a confidence to take one’s place at the table in a meaningful way; and an understanding of your role and how you can have an impact no matter what stage” you’re at, either personally or professionally. 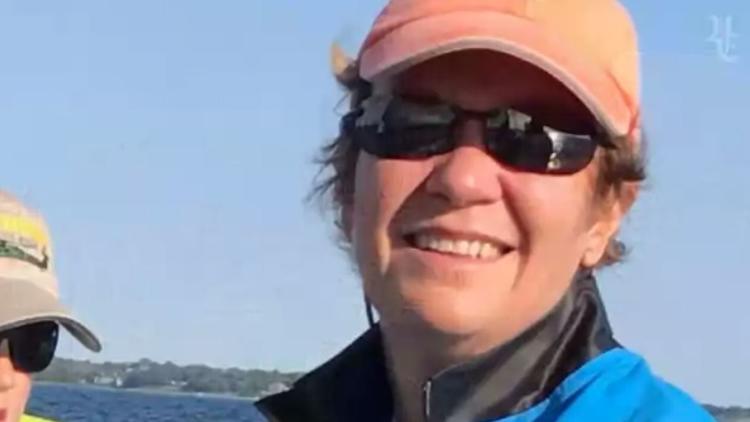