In Conversation with Caroline H. Van ’79, 2019 Recipient of the Yale Medal 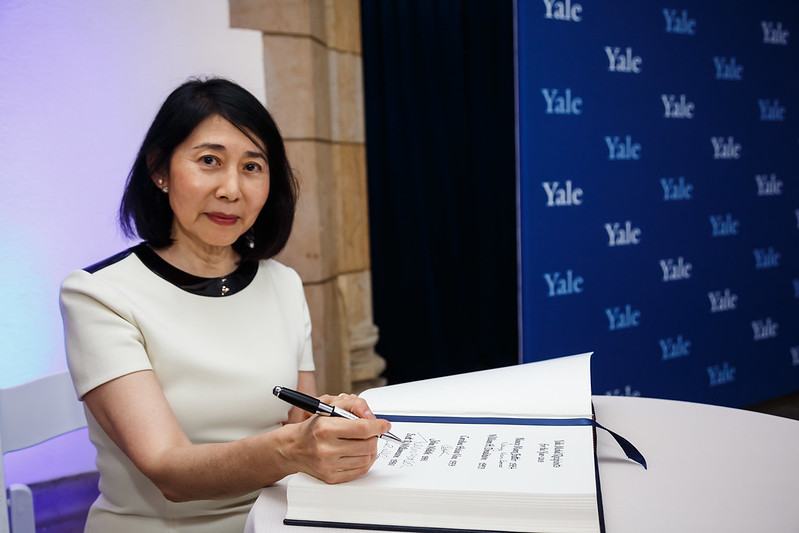 Recently, YaleWomen Council Member Akosua Barthwell Evans ’90 JD interviewed Caroline H. Van ’79 — whom she met several years ago when she was a delegate to the Yale Alumni Association (YAA) Assembly and Ms. Van was an officer of the YAA Board of Governors — about her entire “Yale life cycle.”

What made you want to come to Yale?

I wanted to go out east from Minnesota to a top school, but preferably not an all-female college. Without the opportunity to visit schools in person, the decision came down to my parents telling me to choose Yale because of its reputation and its many graduate and professional schools. Thankfully, I came from a traditional Chinese family (my parents emigrated from Beijing during and after WWII) and I had no choice but to agree. It helped that my family only had to contribute a few hundred dollars towards my college education, as the rest was covered by scholarships and loans.

I was happy and managed to find my way, but with plenty of hiccups freshman year. I was a triple minority at Yale in the ’70s: a female starting in only the sixth year of coeducation; a scholarship student when only 30-35% were on financial aid; and a student of color, probably the first Chinese-Minnesotan. I stayed resilient with the help of my lifelong motto: "It’s good to be different." This motto had been my self-defense for coping with discrimination as a child; I felt that being different freed me from the pressure to fit in perfectly. It also encouraged thinking outside the box: new approaches, good mistakes, and accidental solutions.

What did you study?

After starting out both pre-architecture and pre-med, I changed course completely during sophomore year and became an Administrative Sciences major with a concentration in managerial psychology. This was in 1976, the same year that the School of Management (SOM) was established.

I felt freer and more accepted in the Yale university environment than in American society at large outside of Yale. Navigating and surviving life at Yale also helped prepare me for a male-dominated work environment. It gave me courage to meet barriers with confidence and showed me that one can achieve a lot in a merit-based system.

What were the positive, as well as the challenging, aspects of your experience?

As the only non-white person in my class from elementary through high school, I was used to both subtle and explicit discrimination while growing up. So, I enjoyed the novelty of being connected to the Asian American Students Association (AASA) at Yale. Joining a variety of other clubs and organizations and working for a professor on an equal employment gender equality legal case outside of the university boosted my self-confidence.

A challenge every term was worrying about selecting the right courses out of 2,000 offerings in the old Blue Book during the shopping period, and that process manifested itself as a recurring nightmare, even well after graduation. But my difficulty deciding on a major field of study turned out to be a blessing in disguise, because I ended up all over the place. For example, I loved my three memorable classes in the School of Forestry and Environmental Studies.

What was your career path?

During my banking career in Chicago, San Francisco, New York, Hong Kong, and Singapore, I worked for four firms and started up two businesses for Morgan Stanley. At the same time, I had four children, spaced every three years. Eventually, I decided to move on to voluntary and nonprofit work in education, the arts, environmental conservation, and social change.

What are examples of your activities to support Yale as an alum?

My focus has been to connect the Yale family in Hong Kong and elsewhere, and to provide platforms and venues for our community to interact and grow.

Perhaps my favorite event was organizing a BBQ under the twilight with Professor Jonathan Spence when one of his books was adapted into a modern opera by a Hong Kong theatre company. Professor Spence mesmerized seven tables of alumni with an hour-long talk about “The Memory Palace of Matteo Ricci.” Heavenly!

I have served as a YAA Board of Governors Executive Officer and a YAA Assembly delegate. In Hong Kong, I have served as president of the Yale Club of Hong Kong, webmaster, ASC director, YaleWomen Hong Kong chapter head, co-founder of Bulldogs summer internships, liaison with regional clubs, advisor to clubs in Beijing and Shenzhen, Yale International Alliance board member, and a resource for the Yale China Association and Yale Development.

What does receiving the Yale Medal mean to you?

I am completely humbled by this greatest honor in my life, because there are so many tremendous alumni who contribute to building a caring and engaging community.

I am grateful for the hundreds of Yale friends I have met around the world over the past 44 years and am more inspired than ever by what we can achieve together: Do good, do right, and do more. 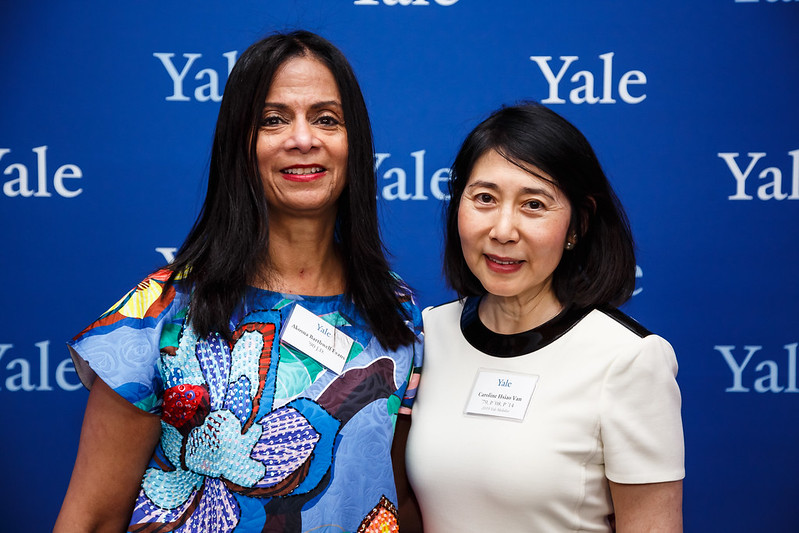