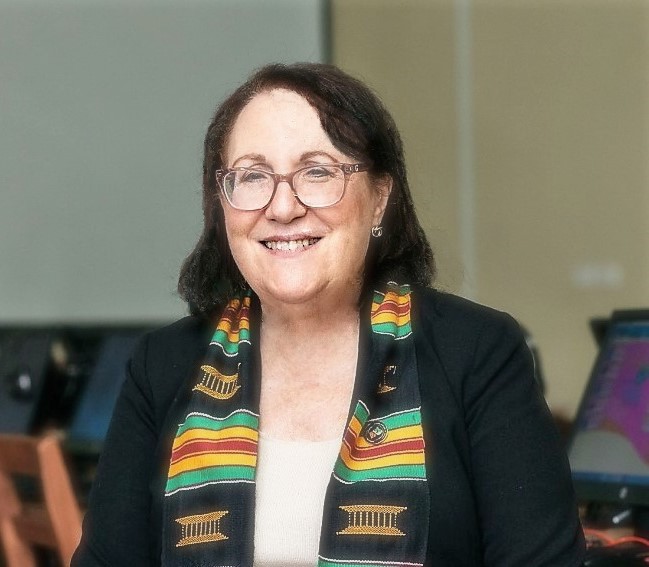 Deborah Rose has multiple and multidimensional connections with Yale. Let me count the ways: a First Woman who entered Yale College when doors were opened to women undergraduates in September ’69, Deborah has three Yale degrees: ’72, ’77 MPH, and ’89 PhD (in epidemiology). Her father, the late Frederick P. Rose ’44E, founding Chair of the Association of Yale Alumni (now Yale Alumni Association), received the Yale Medal in 1976. Husband Dr. Jan A.J. Stolwijk, now Professor Emeritus, was formerly Chair of the Yale Medical School Department of Epidemiology and Public Health. Daughter Sarah L.S. Rose ’17 now works on affordable housing, as does her uncle, Deborah’s brother Jonathan F.P. Rose ’74. Capping off this enumerative list, Deborah was the second woman of Yale College to receive Yale’s highest award for dedicated service to Yale in 2006, the Yale Medal, and half of the first father-daughter pair to be so recognized.

Deborah believes this continuum of Yale connections, as well as the university’s integration of learning and community, forms the foundation of all she does. She credits the “collegiate way of living,” which intersperses professors and students throughout the College, with facilitating her interactions with JE Resident Fellow and Professor of Public Health Roy M. Acheson, MD. “He introduced me to the field of population health, a perspective that remains an essential part of my personal and professional worldviews today.”

This perspective clearly informed Deborah’s leadership in supporting the construction of the Rose Center, a combined police station and community center that opened in 2004, in the heart of Dixwell, a neighborhood behind Yale’s Payne Whitney gym. The architecturally “stunning yet understated” design, to which Linda Lorimer ’77 JD, then University Secretary and Vice President, contributed the interior theme, embodies the expanded concept of form following and facilitating function.

“Yale sits within a permeable urban campus that was not especially safe in the ’70s and ’80s,” Deborah explained. “I am proud of the community’s consensus that the combination of the Dixwell-Yale Community Learning Center and The Yale Police Department has stabilized the surrounding Dixwell neighborhood. Under the able leadership of current Chief of Police Ronnell Higgins, the Rose Center remains a model for community policing and community involvement, nationwide.”

Since 2011, Deborah has worked in Ghana—initially through the Yale Alumni Service Corps—with the goal of “impacting lives and helping to guide the destinies of the youth of Ghana, especially girls, through hands-on instruction in the fields of computing and information technology.” Working with government officials (including the past two presidents of Ghana), local religious and traditional leaders, university partners, and the social-technology firm TECHAiDE, Deborah and her team have commissioned five cutting-edge computer teaching and learning labs in rural and underserved parts of Ghana. “Within the next 5 years, we plan to commission at least 11 more labs for a total of 16, or one per region.” Deborah is especially proud of the emerging “Yamoransa Model of Sustainable Development,” which deploys “design thinking” with a feedback loop to promote continuous improvement. “We aim for a multi-generational task force that combines the fresh perspectives of youth with the wisdom and experience of the elders,” Deborah elaborated.

In recognition of her impact, Deborah was enstooled as “Queen Mother,” with the honorific name of “Nana Abena Nyansema I.” Traditionally, in this role, Deborah offers “wise advice to my community, in few words.” (She joked that her friends might smile at the phrase “few words.”)

What ‘wise advice’ might Deborah offer to both younger and older generations of Yale women?

To young women launching from Yale into the world, Deborah suggests: “Study hard, learn at least one field in depth, and integrate it with practical hands-on experience. Take advancement opportunities when they are offered, even if you do not think you are ready, because those are the leaps that will spur the greatest growth. Seek out mentors who will give you honest feedback on your strengths and weaknesses. Listen.”

Her advice to “boomers” (and older Yale alums): “I don’t use the ’R’ word. When I retired from the career I loved in federal health statistics, I sat back and waited to see what would emerge from my existing ’outside activities,’ which then became my continuing life’s work…Do what you love, love what you do, and the rest will take care of itself!”