In the U.S. elections this past November, Carolyn Bourdeaux ’92 flipped Georgia’s 7th District from Republican to Democrat (one of only three red-to-blue flips nationwide) to win her first term in the U.S. House of Representatives. We caught up with Representative Bourdeaux during her first week in Washington (note: well before the events of January 6th) to discuss her reasons for running and her plans for her first term. 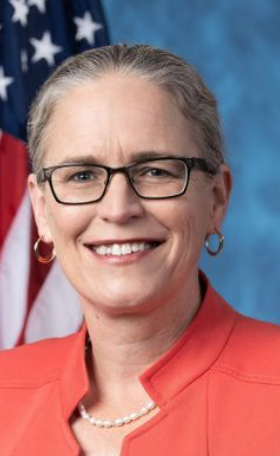 Carolyn Bourdeaux is a first-time congressperson representing Georgia’s 7th District, which comprises the northeast suburbs of Atlanta and is widely considered to be the most Republican district in the US to have flipped to the Democrats. This was Bourdeaux’s second attempt to win the seat; she lost her first run in 2018 by a mere 433 votes. This time, she won by over 10,000.

Q: What are your priorities for your first year in office?

A: In the short term, the major crisis is addressing COVID. We have to ensure that families and small businesses have the support they need to make it through. We have to distribute the vaccine and provide the necessary support for our public health infrastructure throughout the country.

I got into this race originally in 2017 around the issue of healthcare reform.  I was very frustrated with what had happened in the country with the destruction of the Affordable Care Act and the failure to expand Medicaid in Georgia.  Even before COVID hit, we had over 127,000 people in my district without health insurance.

Other critical ones in the district are education and transportation. If you’ve been to Atlanta, you know that we have some pretty serious traffic. But we’re also really an intermodal hub and so we need to invest in infrastructure to address climate change and unlock economic opportunity and just include mobility around the area.

In this past election, once again, the transit referendum to expand MARTA into the 7th District failed. So we’re going to have to go back to the drawing board and think about how we improve mobility both within the 7th District and getting to places from the district, like downtown and to the airport.

Q: You went to Yale, you got advanced degrees in public administrations, and you’ve been a professor and a government official. What’s the through-line from all that to running for office?

A: In my junior year at Yale, my family went bankrupt...and we lost everything, including our house.  Even before that, I’d been struggling to pay for Yale. Anyhow, I ended up going on a Pell Grant, Perkins loans, Stafford loans. People in the community chipped in. I also worked long hours in various work-study jobs. But I made it through.

So after I graduated, my father, who was a teacher, as was my mother, he sat me down, and he said, “Carolyn,  I want you to recognize that this country has really invested in you, your community invested in you, and with that comes an obligation and a duty to give it back to your country.”

So I thought, OK, my life is about public service, that’s just what I’m going to do.  And I took the train from Connecticut down to Washington, D.C. with the thought that I’d work for a member of Congress. Eventually, through a series of connections that started with my grandmother, I got introduced to Senator Ron Wyden of Oregon and I ended up working for him for five years. It was a great experience.

I went back to school, and got a master’s and PhD in public administration with a focus on public finance. I came to Georgia in 2003 and have been very involved in the public and policy life in Georgia ever since.

My decision to run for office really had to do with what I saw as a really significant breakdown, not just in Georgia, but also nationally:  our elected officials were just no longer able to solve the problems that really are confronting people on the ground. And they weren’t being held to account.

Take, for instance, Georgia’s refusal to expand Medicaid.  I was Director of Georgia’s Senate Budget Office during the recession; I know the state budget very, very well, and I worked under the Republican leadership at that time. And they were going around saying, “Oh, the state can’t afford to expand Medicaid.” And I was just stunned by this.  Because of course they could afford to expand Medicaid. And by not expanding Medicaid, they were really depriving people in Georgia of having access to doctors and to healthcare. The state of Georgia was just sending back to the Federal government $2.2 to $2.3 billion dollars a year for Medicaid. This, in my opinion, was just malpractice. Meanwhile, eight rural hospitals closed.

There has to be some accountability for those choices.  And that is partly why I ran. I mean, we need healthcare!  We have to hold our representatives accountable for caring about us.  And that was very much a part of why I ran and what I talked about.  And it cuts across many issues; healthcare is one of the most obvious.”

Q: Are there things that you learned and experienced at Yale that you carry with you and that inform who you are and how you think?

A: I didn’t really have time to get involved in political groups at Yale. I had to work. But what I did was, I picked jobs that let me work in the community.  I worked for the 9th Square Association in downtown New Haven, I worked for the Connecticut Conference of Municipalities. So while I had to work these long hours, I was like, “I’m going to go work in the community and make that a part of what I do.”

Working for those two organizations, I learned about policy. I got a very good grounding in how local government works and how local economic development policy works.

I also learned a lot by studying history at Yale. There are many lessons from history that apply to things like politics.  But one of them, one of the many, is how very persistent you have to be, how persistent, hard-working, and patient you have to be to effect change.

One of the areas of history that I’ve gotten into is the history of revolutions and the effort that goes into changing things.  Even with the US revolution, many people don’t realize how long it took.  They think, 'oh, George Washington crossed the Delaware and that was it; it was over quickly.'  But in reality, these changes took years and years and years. There were twenty-some years between the Tea Party and when the Constitution was written, and so much work and effort and debate and actual conflict that went into making this change.

That historical perspective—that change takes effort and time—brings me comfort as a politician. I’ve run five races now in three years. And I’ve really focused hard on trying to bring change to Georgia.  So a historical perspective helps me understand that change is not going to be an easy thing to accomplish, and that I must bring patience and persistence in pushing it forward.

Another really important lesson that the study of history has taught me is how fragile our democracy is, and how grounded it is in ethics.  It is not a self-executing institution.  It only works because people of good faith engage with it and make it work. And that’s something I ended up teaching my students, too.

Q: Politics are getting tougher and tougher, and, as you say, you’ve been through two races for Congress and 3 other races over the last couple years. What gives you the grit and determination to keep going?

A: My father was professor of education at Holland College. He was a teacher and just this wonderful mentor character.  But when I was in high school, he burned out and decided to go into business for himself. My mother was an artist, also a teacher, and she’d design these paper hats that looked like animals.  And he just fell in love with them.  It was like, “I need to get away from teaching and education, and these are beautiful objects, they bring joy in our lives, I want to do this 'business'."

And so, as a family, we would do 54 craft shows a year. I spent most of my high school out on the streets of different cities hawking paper animal hats. So when I was getting ready to go to college, I wrote a sample college essay for a high school class on how you sell a paper hat in the rain.

Now, young people from my family and my community never dreamed of going to an institution like Yale. It was just out of our league, out of our worldview. But someone handed me that application to Yale University, and literally the night before it was due, I had to get the postmark on it, I was like, oh, heck, I’ll give it a try. I filled it out, I slapped on that essay, I sent it in. And I was accepted.

I always thought that essay must have been what broke me out of the pack and got me into Yale.

So, I went to Yale, and then what happened was that the hat business went under.  We hit the recession of the early 90s, and that was what precipitated the bankruptcy. It was this really pivotal moment in my life, where everything changed for us.

Prior to the hat business, my mother was an artist and a teacher, but largely a stay-at-home mom.  After the hat business, she had to go back to teaching full time, and would go on to become principal of a very famous high school in Virginia, a Prince Edward County high school that was one of the Brown v. Board of Education schools, and so she would go on to have this career in education and social justice.

My father before that was a professor; after, he would go on to work on education reform in Virginia and help run the Title I program.

Before the hat business, I was a high school kid headed to, you know, a good school but not thinking about Ivy League, but after that, I went to Yale and things really changed.

So the hat business, it just opened up these possibilities for me and my family—that you could do things that were risky. And you know, you could go down really hard, but you don’t stop breathing and when you go down that way, you do make it through. It was a very tough time when we went bankrupt; it was very rough.  But I fought my way through that. You can fight your way through.”