The citation for Anne’s medal reads: “Anne Boucher ’80 demonstrates a dedication to Yale that has drawn in generations of alumni and current students to connect with each other and with the university. A tireless advocate for Yale women’s crew, her galvanizing and inspiring efforts have contributed significantly to the program’s sustained level of excellence. Channeling her time as captain of the team, Boucher has employed spirit, drive, determination, and teamwork to spearhead crew reunions, career networking, and alumni teams for regattas. She was an active officer of the Yale Crew Association for more than a decade, and her inclusive approach facilitated successful fundraising for the Gilder Boathouse and the Friends of Yale Women’s Crew Head Coach endowment. Boucher expanded her engagement through early participation in YaleWomen, including as a volunteer supporting its inaugural global conference, ‘Vision, Values, Voice,’ in Washington, DC, in 2013. She has continued to energize fellow alumnae by serving on YaleWomen’s Governing Council since 2014, leading the Chapters Committee and facilitating activities of the Connecticut chapter.”

Inaugurated in 1952, the Yale Medal is the highest award presented by the Association of Yale Alumni and is conferred solely to recognize and honor outstanding individual service to the university. 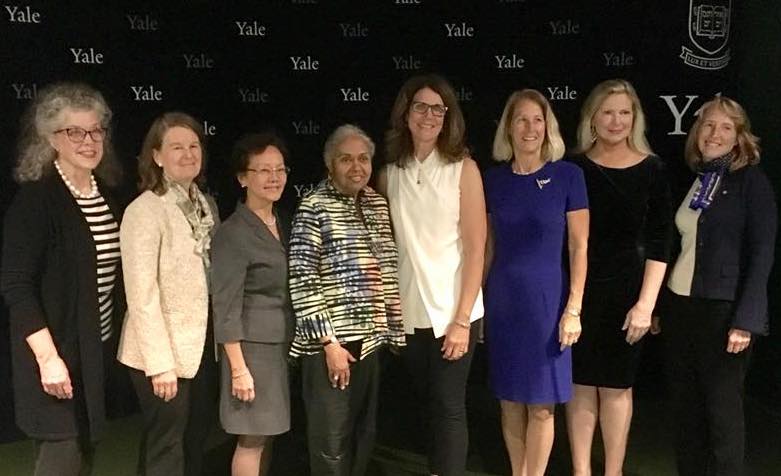