Anita Hill: A Hero for Our Times

On October 30th Anita Hill ’80 JD returned to the Yale campus to join President Peter Salovey for the third event in the President’s Women of Yale Lecture Series.  More recently, in December, Hill was named to lead a commission that has been formed to help combat sexual harassment in the entertainment industry. Coverage of the discussion between Professor Hill and President Salovey included a Yale News piece, “The fight against sexual harassment isn’t nearly over, says Anita Hill” and the Yale Women Faculty Forum’s “Anita Hill Returns to Campus, Revisiting Sexual Misconduct Policies.”  Their discussion can be viewed in its entirety on Yale's YouTube channel.

The discussion was the third event in the President’s Women of Yale Lecture Series. In anticipation of 2019, which will mark the fiftieth anniversary of coeducation in Yale College and more than 150 years of women in Yale’s graduate and professional schools, the series celebrates outstanding Yale alumnae.  Past speakers have included Vera Wells ’71 and Maya Lin ’81 and ’86 MArch. 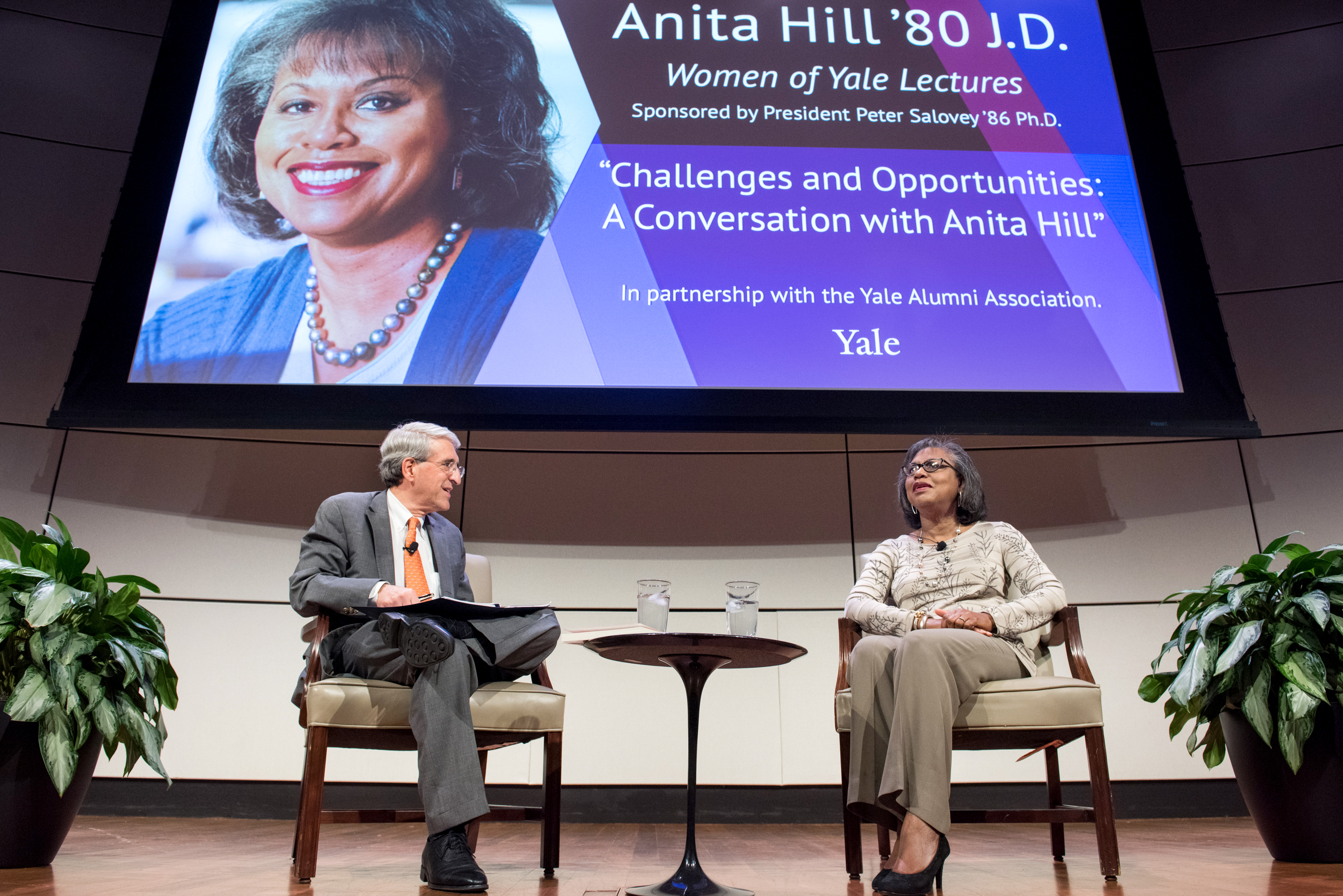