A Conversation with Tamar Gendler ’87, Dean of the Faculty of Arts and Sciences 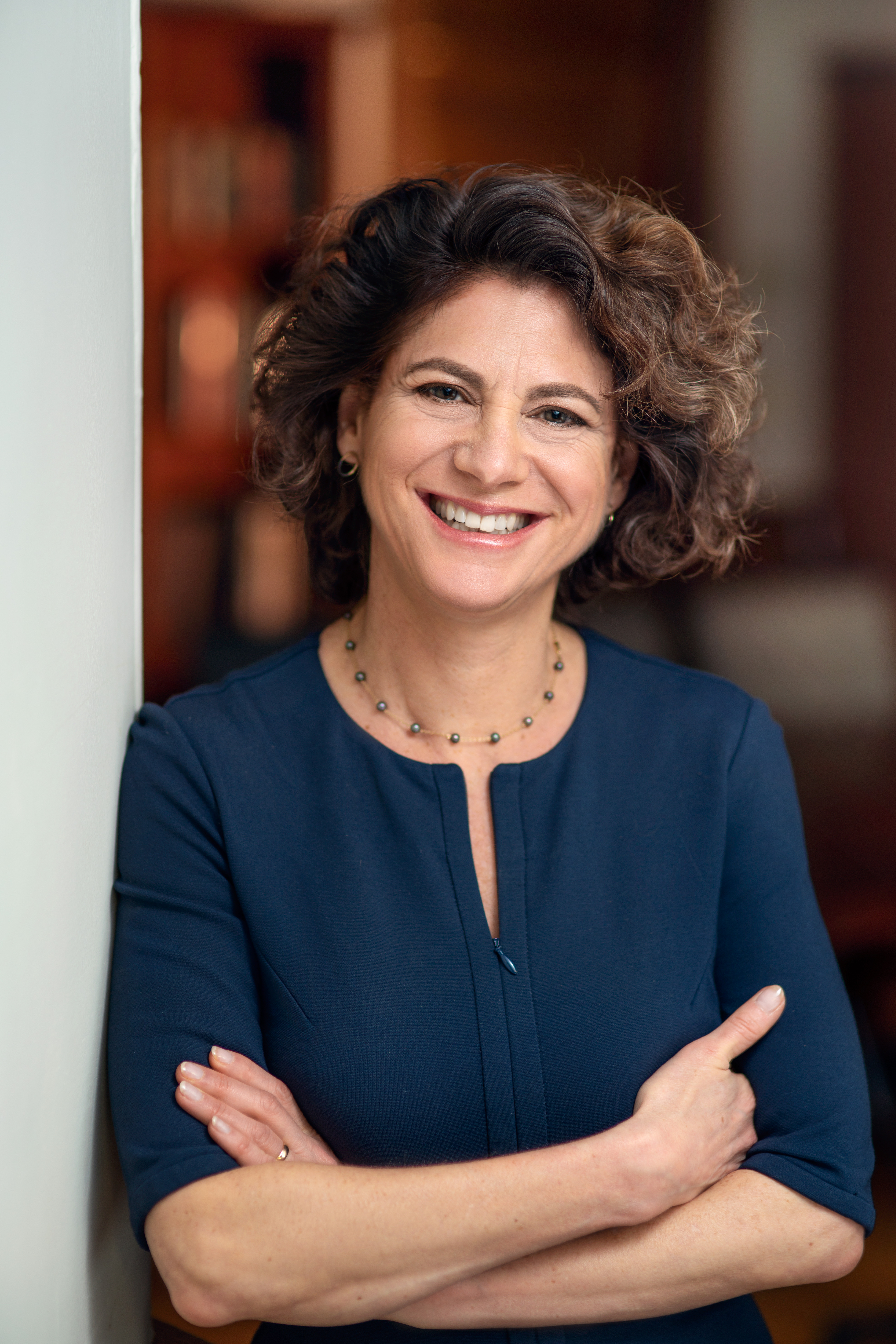 Tamar Gendler is Yale’s inaugural Dean of the Faculty of Arts and Sciences (FAS) as well as the Vincent J. Scully Professor of Philosophy and a Professor of Psychology and Cognitive Science. As FAS Dean, and previously as Deputy Provost for Humanities and Initiatives, Gendler has fostered opportunities for interdisciplinary dialogue across the divisions of the FAS. YaleWomen had the opportunity to learn more about Dean Gendler’s leadership role as a female dean, the challenges she has faced as a parent in academia, and her vision for the future of Yale’s academics.

My academic formation took place in a discipline where women were in the minority. I was an undergraduate at Yale majoring in mathematics and philosophy, and women in the math department were certainly in a minority. Analytical philosophy – my academic field in the humanities – also has a degree of representation akin to the sciences. In graduate school, 10% of us were women, a figure that has since improved, and now women comprise about a quarter of the department. Like anybody who doesn’t embody the expectations of a discipline, I felt I had a dual identity. On one hand, I was a philosopher and part of a discipline, but I was also aware that I didn’t look like a philosopher in the way that people expected. In many ways, this prepared me for my role as dean of FAS.

My counterparts at other leading institutions such as Stanford, Harvard, and Princeton were all men, so I was used to being in a group of men. It is now the case that four out of five deans are women, so there has been a change in the representation of women in this role at universities.

There has been, in academia overall, an attentiveness to the way in which the presentation of people in leadership didn’t match the diversity of the community as a whole. Five years ago at Yale, there were more deans named Robert than deans who were women. Today, more than half of the representatives in the university cabinet are women, and this is due to President Salovey’s commitment to appointing leadership that represents the diversity of the community. My sense of our peers at other institutions is that similar efforts have been made.

2. What is your vision for the Faculty of Arts and Sciences?

One of the most exciting things for me is that Yale remains one of the few institutions that educates every single undergraduate in the liberal arts. We don’t have another way of being an undergraduate here: everyone who comes here studies within Yale College, the undergraduate segment of the FAS. Our engineering students are part of a liberal arts institution, and our English students are part of a faculty that excels in the sciences. I was trained as a philosopher in the Western tradition, which teaches that the liberal arts are deeply connected: each trains the human soul to a particular form of understanding. The opportunity to interact with departments from mechanical engineering to Near Eastern civilizations and to identify ways in which each of these disciplinary approaches uncovers some facet of the world is truly rewarding. My job is to think about what the relationship between those departments should be and what their leadership structure should look like through selecting the chairs of each department. I oversee and approve all faculty and think about the resources we should be providing to retain the people who shape this university.

3. What advice do you have for young women who are struggling with work-life balance?

I was fortunate enough to raise two children during the time I was on the tenure track, and I have a partner who is also an academic. Crucial to my being able to do that was my making it clear to the community around me that it is possible to be a scholar and a parent. I often brought my kids to campus during talks, and they would sit at the back of the room with crayons and be present in the world of the work I was involved in. Doing that set an example for some of our male faculty parents and graduate students that it is possible to be both an academic and a parent. It also let my children feel like my world of work wasn’t totally alien to them. Recognizing that people are both workers and human beings is really important in reminding society that the reason we have work is that we can do things that fulfill us outside of work.

My capacity to serve in the academic role that I do was enabled by broadband parenting that took place between my family and a neighboring family with kids of the same age. I managed to live the life I did thanks to a stay-at-home dad who was the afternoon parent to my children. It was an interesting model for those who want to engage in work-life balance: finding a communal relationship where kids can feel supported and connected makes it possible to find flexibility. Living in an incredibly tightly knit community where, across four parents, we shared responsibility, sometimes felt as if we had a large five-child, four-parent family.

4. Are there any interesting anecdotes or key learnings you could share from your time at Yale?

It continues to sometimes be the case that when I meet a student who attended Yale before the institution became co-educational, they are surprised to learn that I am the dean and my associate, a male, is an associate dean. That said, I have been impressed with the adaptability of the individuals for whom the world is changing before their eyes.

5. What has been the most surprising aspect of your position?

I’ve realized that the capacity to sustain oneself in a high-visibility and high-stress situation depends heavily upon the backstage camaraderie that comes with building a team.  Erving Goffman describes backstage life and what it’s like to be a police officer or a firefighter in stressful situations but benefit from the camaraderie of the fire house. The work I do is a lot less urgent and personal than a firefighter’s, but there is the same public presentation that can be really isolating and emotionally exhausting. The possibility of coming back to a community that provides sustenance enables one to take another foray. It was so surprising to discover the deep connections that one creates in an office that, on the surface, seems engaged in a few routine matters. Because we are concerned with every decision concerning our faculty members, without the close-knit interactions we have with one another it would feel as if too many fates sat in the hands of too small a group.

When I went to elementary school, I remember wanting to be the teacher: to be the person who makes the class work for the kids and for other people. My conception of leadership has always been of enabling community. My father was a congregational rabbi and held the role of being spiritually available and transmitting the wisdom of a tradition to a community. Leaders must recognize that humans are multifaceted, and that the building of community can enable action that transcends what we can do as individuals. I took up high school roles and roles in organizations at Yale with this same vision: that my job was to create community and build an environment where what I was doing was empowering other people to be exceptional. Deanship, for me, is a continuation of that vision of leadership: being a leader is being a person who empowers others to thrive and who creates a cultural context in which people can express the most expansive features of themselves as thinkers, teachers and mentors.