Bringing A Diversity of Experiences to Yale Athletics: A Profile of New Athletic Director Vicky Chun 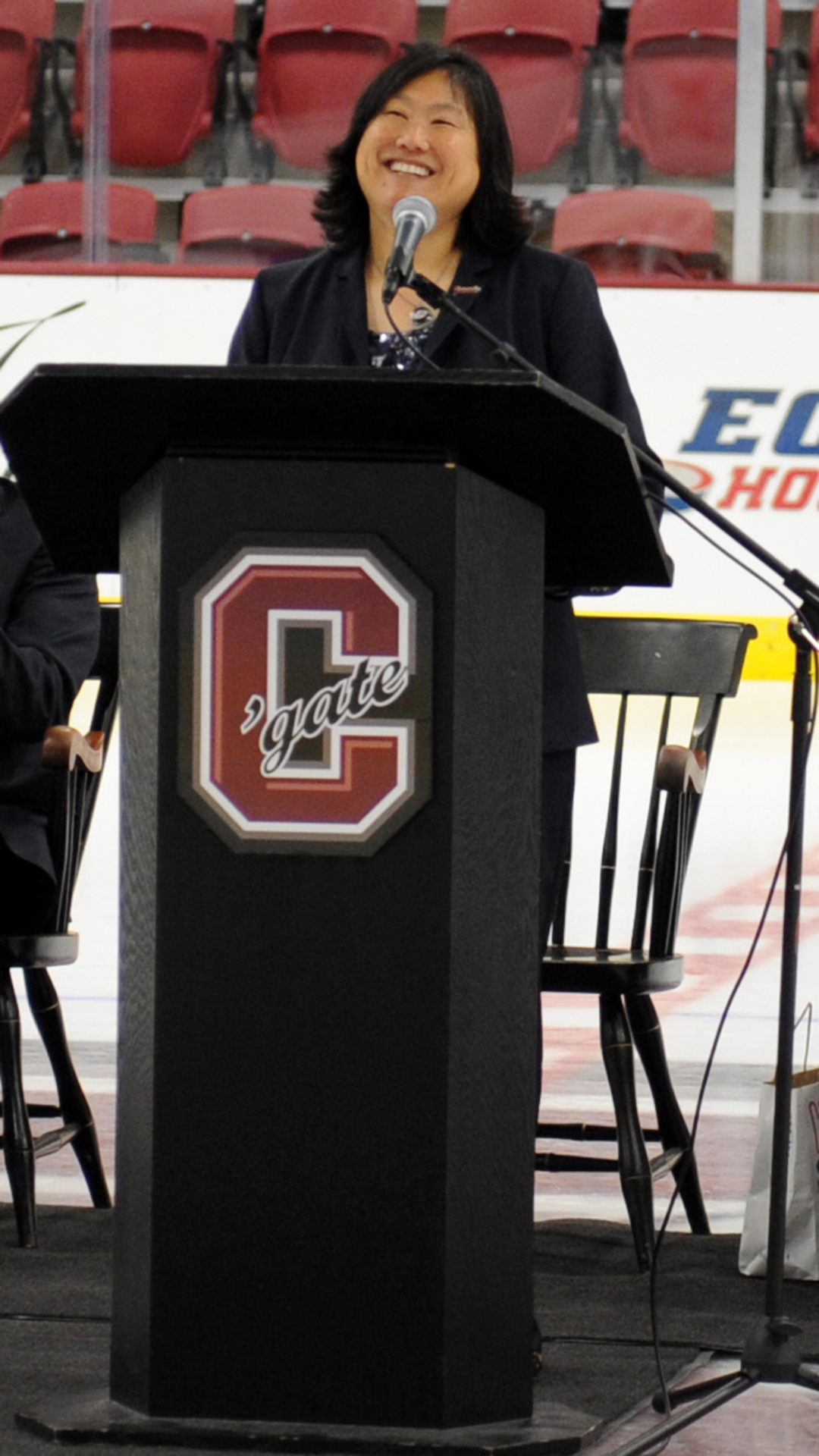 In July, Victoria ("Vicky") Chun will depart her post of six years as Vice President and Director of Athletics at Colgate University to lead Yale Athletics as Director of Athletics, Physical Education and Recreation. Chun is the first female Asian-American to serve as an athletic director in NCAA Division I history, and the fifth female athletic director in the Ivy League. In her new capacity, Chun will oversee 35 varsity sports teams as well as intramural and club sports and facilities enjoyed by many members of the Yale community.

As Yale's first new athletic director in 24 years, Chun steps into a role long held by Tom Beckett, who is retiring this year. Her rich diversity of experiences include sports administration in the NCAA, national committees, volleyball coaching at Colgate, and conference championships won as both a player and a coach.

Chun's commitment to academics aligns well with Yale's institutional values. Under Chun’s leadership, for the first time ever, the student-athletes at Colgate outperformed non-athlete students academically in 2016, boasting a higher grade-point average. Chun believes that a powerful combination of academics and athletics can bring together the whole university.

Although Yale has ten more varsity athletic teams than Colgate, Chun notes similarities between the two institutions. "In terms of recruiting, we are always looking for the same student-athlete," she said. "The sheer size is a difference, but the core values of integrity and succeeding at the Division I level are the same." Chun said she is excited to work with the larger number of student-athletes of Yale's academic and athletic calibre and benefit from the "larger outreach" afforded by Yale's reputation.

Chun attributes both her previous successes at Colgate as well as her future hopes for Yale to her leadership as a woman. While gender parity in the realm of collegiate athletic leadership has improved over time, Chun remains in the minority of female leaders in sport. Yet the incoming athletic director sees this as an advantage. "I think there is an inherent trust for a woman leader, because as a woman, you tend to be in tune with where people are coming from without them having to say it," she said. Chun says she felt that her leadership as a woman created more trust among athletes, coaches, administration, and faculty, "through transparency and a lot of communication."

At Yale, Chun hopes to foster not only a winning athletic program but also one that is healthy and positive from the inside. "I love the external work that comes with being a director of athletics, but my heart is about making sure that the internal is set," she said. "I want people to be happy at Yale and want to work hard for Yale." Chun says she looks forward to meeting with students, staff, faculty, and coaches to hear their opinions on what can be improved. "Tom Beckett has done a wonderful job at Yale for more than 20 years, and I would like to see what he thinks could improve because he has been there," she said. Beyond engaging with the athletic community upon her arrival, Chun hopes to lead Yale's athletic teams to more wins and increase engagement with the surrounding community of New Haven. "I hope I'm able to take the success I was able to achieve at Colgate and bring it to Yale," she said.

In the past, Chun has only coached women's teams, and she mentioned that she has received comments about having never coached a men's team. Despite this, she believes athletes in general want to win and all need an environment conducive to their success. "My job is to give them, male or female, that opportunity." Chun also mentioned the importance of thorough preparation as a leader representing an esteemed institution. "My preparation for everything is thrice normal because it's one thing to let myself down, but I really can't let Yale – and women in athletics – down," she said, adding that the pressure she faces makes her a better leader.

"The ultimate goal is to create leaders for society, and when I look at what the Yale men and women are able to do globally, it is incredible," she said. "Being a part of mentoring them and giving them a great experience at Yale so they go out into the world and make great changes is an opportunity that only comes at a place like Yale. I see it as an opportunity of a lifetime."