Julia Frey, http://www.juliafreyauthor.com/ is a member of the YW France Chapter.

Julia Frey’s diary begins with September 11, 2001, when she and her terminally ill husband, novelist Ronald Sukenick, decide to flee the falling towers. They abandon his wheelchair; he cannot climb on a boat. Hours later, covered with ashes, they struggle back through a neighborhood pitched into chaos, to look across the street, out his study window, at “the stage set for Dante’s Inferno.” That’s when Julia decides to write it all down — if only for the people who will find their bodies. Describing the first night in the the ruins, being evacuated, then returning weeks later, to live locked behind police tape at Ground Zero, she discovers that their world has totally changed, yet finally not changed at all. “Our previous problems didn’t magically disappear. They were just waiting for us to come back in the door.”

"Balcony View Living at Ground Zero After 9/11” is the story of an intellectual who learned how to overcome a crisis in a world that could no longer be explained by rational thought. Her raw motions make it the best 9/11 document that anyone could produce about life in that situation." 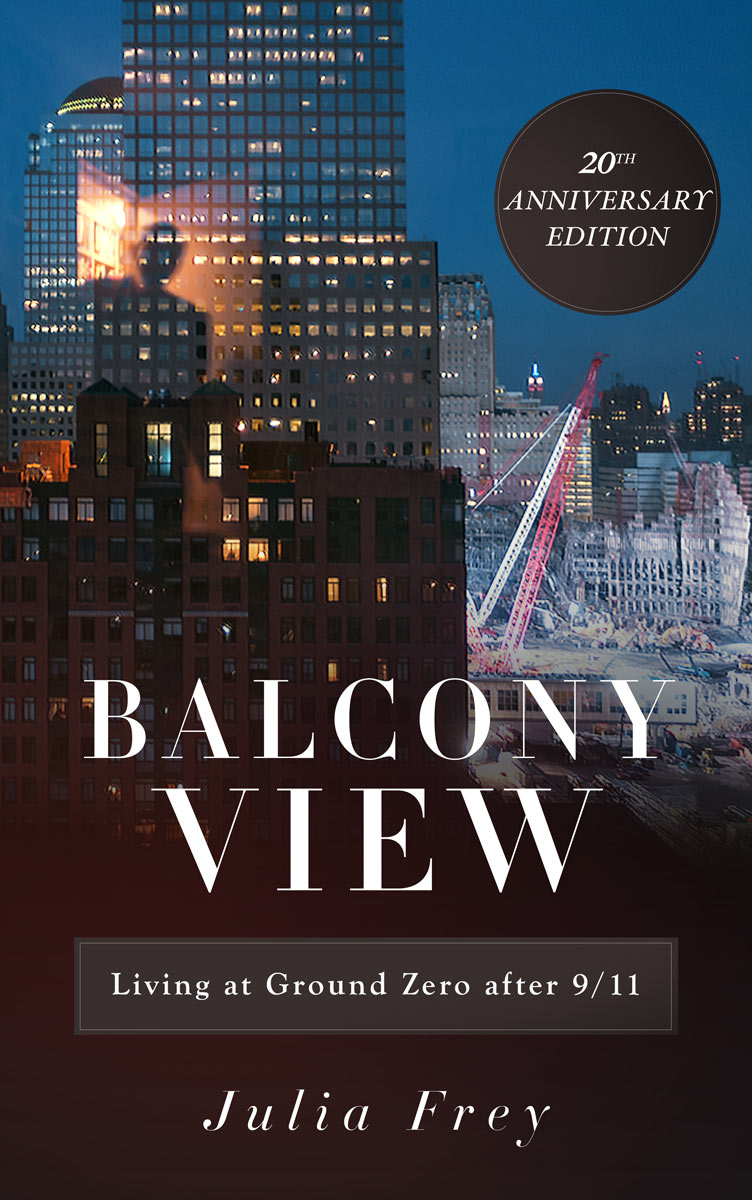